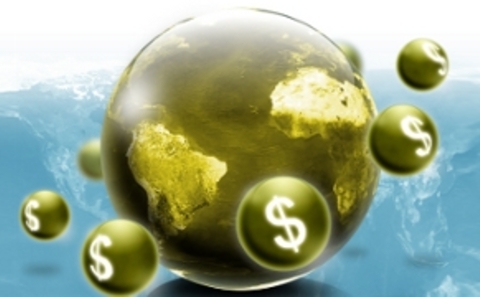 LONDON, 25 July, 2015 − The president of Ireland, Michael D Higgins, says the world needs a whole new economic framework to tackle the consequences of the warming caused by emissions of greenhouse gases.

Speaking at a meeting in Paris, entitled the Summit of Consciences for the Climate, he said this generation could be the last with the chance of responding to the urgent, uncontested effects of climate change.

Climate change is grounded in forms of development and industrialisation that are based on the exploitation of fossil fuels, with an assumption of infinite growth,

The challenge of climate change, he said, provided opportunities to construct a new order for humanity and for the planet.

“Climate change is grounded in forms of development and industrialisation that are based on the exploitation of fossil fuels, with an assumption of infinite growth,”  he  told the meeting.

The Paris summit, attended by religious groups, Nobel  laureates and artists, as well as prominent politicians, was convened by the President of France, François Hollande, and is one of a series of gatherings to be held in the run-up to the UN climate change conference in Paris in December, at which a new global climate agreement is due to be finalised.

Kofi Annan, the former UN secretary-general, and Mary Robinson, the UN’s special envoy on climate change, were among those speaking at the meeting.

In an interview with the Irish Times, Higgins said that the neo-liberal model of economic development prevalent in western countries advocated the rolling-back of the state.

Massive movements of capital had created what he termed great fissures of inequality, and such freewheeling capitalism had shown itself capable of dislodging the whole fiscal system.

The global challenges of climate change and inequality could not be met if governments were not in control of their economies, Higgins said.

Besides the year-end Paris summit, several other significant  conferences are being held this year, including a UN meeting focusing on a follow-up to the Millennium Development Goals.

“The World Bank says we will have to go from billions to trillions to pay for the agendas that will flow from the conferences in 2015,” Higgins said. “The issue is, can you do this with a minimised state?”

François Hollande told the meeting that it was up to every individual to see what he or she could do to save the planet. “There are philosophies, there are convictions, there are global diversities that should at a certain point unite – and unite to make decisions,” he said.

Mary Robinson, a former president of Ireland, said that leaders of developing countries are trying to find a way of building a more sustainable model of development without increasing emissions of climate-changing greenhouse gases.

Kofi Annan said the threat posed by climate change is as great as the danger of nuclear war, and he quoted the former Soviet leader, Nikita Khrushchev, who said that, in the event of a nuclear conflagration, “the living will envy the dead”. – Climate News Network

Beyond the Climate Refugee: Migration as Adaptation