US Acts to promote renewable energy and energy efficiency 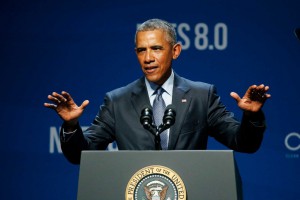 In a speech at a National Clean Energy Summit he announced funding incentives to promote the use and development of low-cost technologies to help households save on their energy bills and to spur the transition to cleaner, and more distributed energy resources. 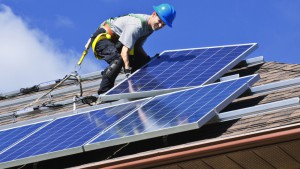 Perhaps the most significant measures announced today involve a massive infusion of funding for the deployment of solar energy for homeowners.

Both the White House and Federal Housing Administration (FHA) released statements indicating that they are preparing new Property Assessed Clean Energy (PACE) guidance designed to “remove existing barriers and accelerate the use of PACE financing for single family housing.”

PACE allows property owners to voluntarily finance the entire cost of energy efficiency, water efficiency, and renewable energy upgrades to their homes and businesses and then repay those costs as a line item on their property tax bill.

The FHA, which insures over 20% of new mortgage originations in the United States, outlined a set of principles associated with their new guidance – including allowing PACE financing to transfer between owners during the sale of the home if the PACE lien can be subordinated during a foreclosure; those guidelines are available here.

Today’s announcement includes guidance from the Department on how a Distributed Energy Project transaction could be properly structured to receive funding support and a clarification of how state-affiliated financial entities, including state green banks, may submit applications for Eligible Projects.

That means any state or state-affiliated entity that satisfies all other requirements for qualification as a borrower can submit applications for Eligible Projects, including Distributed Energy Projects. In addition, the Department made clear today that state and state-affiliated entities, including state green banks, may participate in Distributed Energy Projects as lenders or co-lenders, off-takers or equity providers.

The United States has set an economy-wide target to reduce emissions by 26%-28% below 2005 levels in 2025 and to Increase the share of renewables – beyond hydropower – in their respective electricity generation mixes to the level of 20% by 2030.

It has also targeted the installation of 300 megawatts of renewable energy across federally subsidized housing by 2020; and doubling energy productivity by 2030.

See here for more information on the various measures that were announced today.