What It Takes To Be an Entrepreneur 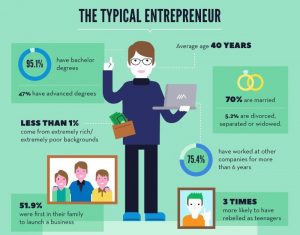 The world has approximately 7 billion people. 4 million out of the total population are business owners.

In a survey conducted worldwide, developing countries were found to be more entrepreneurial than their developed counterparts.

Uganda leads the list with 28.1 percent, Thailand seconds with 16.7 percent; Brazil comes third with 13.8 percent; Cameroon is fourth at 13.7 percent, and Vietnam ends the list at 13.3 percent.

The developing nations outdo the world’s top three economic giants. In the US, only 4.1 percent of the population is entrepreneurial, while China and Japan have 3.12 % and 1.7 % respectively. Why the discrepancies, you may ask?

The developing nations have a long way to go and therefore the citizens have more opportunities to invest in their ventures than those in developed countries. Additionally, starting an own business is one of the sure ways to gaining sustenance in the developing world.

There are varied reasons why people chose to start their businesses:

Gender balance and success in entrepreneurship

Women are taking over the business world. In 2012, women owned 36% of all businesses and the number keeps going up. The United States of America is by far the country with most business opportunities for women while Pakistan is the worst choice for female entrepreneurs.

Jack Ma, the founder of Alibaba.com, one of the most successful marketplaces in the world, employs more women in his company, because, “women balance the logic and the instinct”. 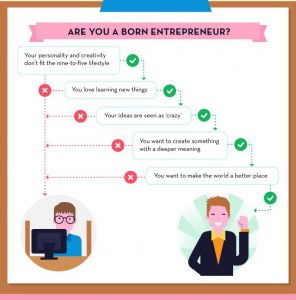 While 2 out of 3 people worldwide believe that entrepreneurship is a good career choice, only  1 in 18 actually own their business.

Opening a new business is just the beginning, the real challenge is making it successful and profitable.

On average, 90% of all startups fail, most of the times because owners are not prepared for the future. The main reasons why startups fail are:

The life of an entrepreneur is not easy especially at the startup stage. But this is never a reason to give up.

For instance, Jack Ma, Chief Executive Officer of Alibaba.com, is an excellent example of an entrepreneur who never gave up.

After ten rejections by Harvard and inability to secure employment with KFC, he never quit. Instead, he went ahead to found one of the largest online marketplaces in the world and became one of the richest men on earth.

Probably, a couple of rejections is all we need to start thinking big and decide to be our own boss.

DealSunny presents a full infographic with more facts, statistics and key findings about entrepreneurship around the world. 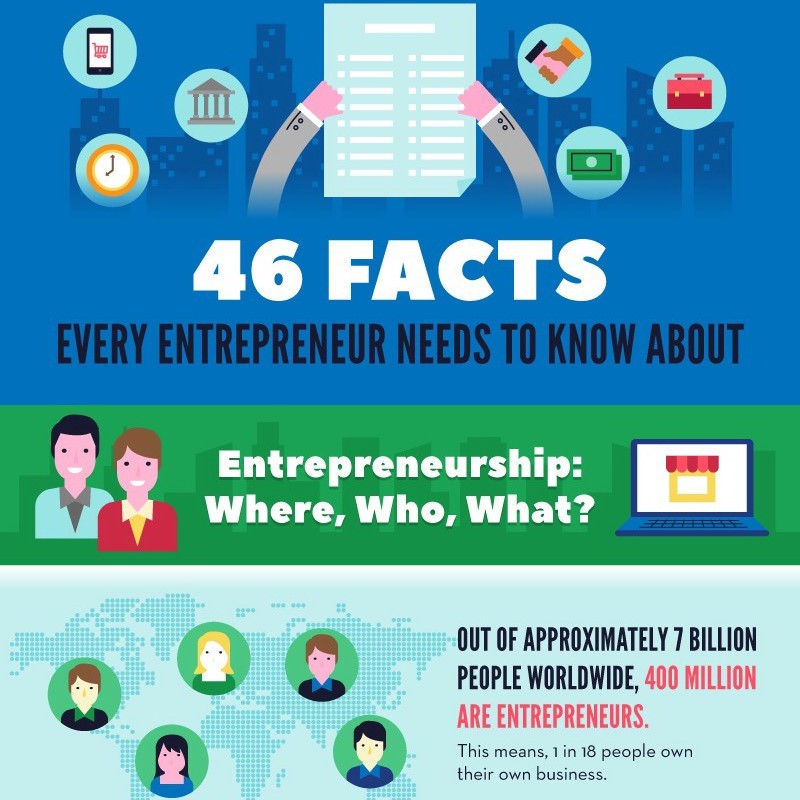 What Technological Advances Will I see in My Lifetime?

Funding for Innovation in the Automotive Sector Announced