TORONTO, Oct. 6, 2015 /CNW/ – Canada became one of only seven countries in the world to surpass 10,000 MW of wind power capacity when the 270 MW K2 Wind project near Goderich, Ontario came on line earlier this year.

Industry leaders meeting in Toronto this week for the Canadian Wind Energy Association’s 31st annual conference agree that the technology’s growing cost-competitiveness has set the stage for the next 10,000 MW of wind energy.

“Government, policymakers and utilities of today are looking to balance cost-effective electricity supply with growing pressure to clean up their power grids and diversify their generation mix,” says Jean-Francois Nolet, CanWEA’s vice-president of policy and communications.

“The Alberta government, with its recent pledge to act on climate change and diversify its economy, is a good example of opportunities on the horizon to integrate more renewables. As an industry, we’re better positioned than ever to respond to these challenges.”

Nolet provided a number of examples where the evolution of the industry is creating opportunities. He pointed to the contracts awarded late last year in Hydro-Quebec’s most recent request for wind proposals, which set a new low average price for wind in Canada of 6.3¢/kWh.

Regarding Ontario, he referenced the industry’s confidence that further evidence of wind energy’s cost-competitiveness will be apparent when Ontario awards contracts through the Independent Electricity System Operator (IESO) led Large Renewable Procurement program later this year.

“Wind energy, as the last Quebec RFP proved, is now the lowest-cost option for new electricity supply in many Canadian provinces,” Nolet said. Even in markets where natural gas generation might be cheaper, he added, wind energy provides a hedge against inevitable rising carbon costs.

This detailed study is expected to identify operational and planning strategies to ensure reliable and efficient integration of at least 20 per cent wind energy in Canada, boosting its capacity well  beyond the current 10,000 MW mark.

Operations and maintenance strategies for the more than 5,600 wind turbines in Canada were also in the spotlight, with asset managers from across the country sharing ideas for keeping projects operating efficiently over the long term.

Surpassing the 10,000 MW milestone is part of another banner year for wind energy in Canada, with approximately 1,500 MW of new capacity expected to come on line by the end of the year, led by new installations in Ontario and Quebec. This year’s new additions come on top of a record year in 2014, when 37 projects totalling 1,871 MW were brought on line.

About the Canadian Wind Energy Association
CanWEA is the voice of Canada’s wind energy industry, actively promoting the responsible and sustainable growth of wind energy. A national non-profit association, CanWEA serves as Canada’s leading source of credible information about wind energy and its social, economic and environmental benefits. Join us on Facebook, follow us on Twitter and join the conversation at www.windfacts.ca

Change Management: How Leaders Get People to Cooperate 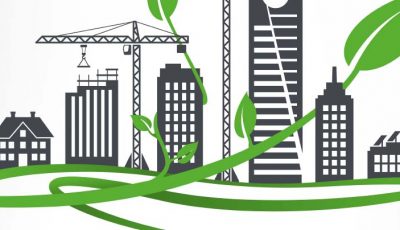