Change Management: How Leaders Get People to Cooperate 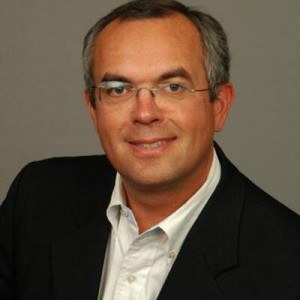 One of the questions I get asked most frequently in business is about getting cooperation or buy-in.

Since resistance to change, particularly if it is not your idea, is a natural human condition, I believe the best way to gain cooperation from any person is to lower resistance by going through phased approach.

In business, we all need some form of context to provide us with the justification to act, particularly if it requires expending effort or resources.

It an emergency situation, the justification is easy, clear and immediate, giving us a fight of flight response.  In business, people genuinely need context before they will act.  While many people may act just because the boss thinks it makes sense, the real leader gets people to act because they think it makes sense!

Recognize that nobody goes from a complete lack of awareness of a situation to complete dedication to action.  It just does not happen naturally, and it certainly doesn’t happen just because you say so.  In actual fact many times I have seen cases where people are opposed to an idea, just because a leader said it needed to be done, largely because they don’t see themselves having contributed to that solution.  This can happen even if they would have agreed to that solution or had thought of the idea in the first place.

Step 1: Unawareness to Awareness.  This is where most people start; with little or no awareness of a problem.  While you, as a leader, are completely aware of your plans, goals, and vision, your employees are in an information vacuum.  Your goal is to move them from unawareness to awareness.  Once they are aware of the problem, it still doesn’t mean that they are ready to take any action only that it is on their radar. Communicate clearly that a problem exists, and describe it in ways that resonant with people in your organization.

Step 2: Awareness to Understanding.  Many of us are aware of issues but we truly don’t understand them fully, or believe they have an implication on our lives.   A leader needs to take the time and to ensure that they have the right information, it’s communicated consistently and ample opportunity for feedback is provided.

Step 3: Understanding to Commitment.  That usually involves answering the question “What’s in it for me?”, or “What is the implication of this problem and how that may affect me?”.  Once someone has a fuller understanding of a problem, they are much more likely to commit to action, even if they don’w what the action is. They are at least open to suggestion.

Step 4: Commitment to Action:  At this point, most people are very receptive to doing something, since they have gone through the previous three stages.  So, at that stage you also need to articulate what that action is, how it’s going to be achieved, how it’s going to be measured and what the results are going to look like.

Most of us try to move are teams from unawareness to action, and we fail along the way.  The time it takes to go through these stages can vary depending on the severity of the problem one is dealing with.  Sometimes it can be very short in an emergency situation as we go from unawareness to action, if it’s longer and more strategic it will take time.  The key decision makers will be part of the process.  If you use those five steps you can gain commitment from anyone to achieve action.

I am not suggesting you go through this process for every little act in your organization.  However, it is critical when making significant changes or embarking on a new course of action.  This is really the essence of change management across an organization, in 4 simple steps.

This article first appeared in the October 5th 2015 Growth by Design Newsletter and is reprinted here with the kind permission of the author.

What Your Buildings Say About Your Brand