LONDON, 9 April, 2015 − Despite continuing concern about the fate of iconic rainforests, new research shows that the world’s forests have stored away an extra 4 billion tonnes of carbon in the last dozen years and the total amount of woodland has increased worldwide since 2003.

The encouraging news comes from Australian scientists, who report in Nature Climate Change that they used a new technique to analyse 20 years of satellite data, to estimate the overall pattern of growth in global vegetation. 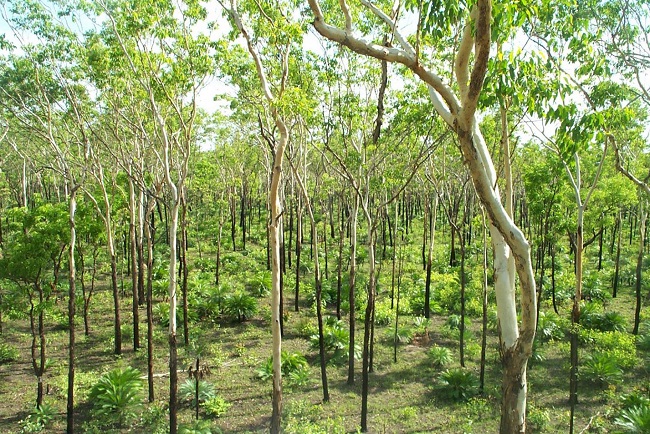 The fate of the forests could hardly be more important. The world’s greenery is part of the natural atmospheric cycle, and the notorious greenhouse effect – the steady rise in carbon dioxide levels in the Earth’s atmosphere since the start of the Industrial Revolution and the use of fossil fuels to power economic growth – is in part also a response to land-use change and forest loss. Growth requires atmospheric carbon dioxide, and burning and land clearance releases it.

So the study by remote sensing scientist Yi Liu, of the Climate Change Research Centre at the University of New South Wales, and colleagues becomes an important contribution to solving the climate scientist’s biggest headache: making sense of the carbon budget.

Accurate climate models depend on accurate assessment of the carbon cycle, and the forests play a critical role. Timber in the forests is essentially carbon in the bank.

And, for once, the news is encouraging. The great rainforests of the Congo and the Amazonmay not be doing so well, but grasslands in other parts of the world have become increasingly more wooded, and there has been a massive expansion of forested land in China.

“The increase in vegetation primarily came from a lucky combination of environmental and economic factors, and massive tree-planting projects in China,” Dr Yi Liu says.

“Vegetation increased on the savannas of Australia, Africa and South America as a result of increasing rainfall, while in Russia and former Soviet republics we have seen the re-growth of forests on abandoned farmland. China was the only country to intentionally increase its vegetation with tree-planting projects.”

The Australian scientists are not the only researchers using instruments in high orbit to identify the green shoots of recovery.

“A lot rides on human decisions to slow climate change. The clock is ticking for the future of these forests”

Dmitry Shchepashchenko, a researcher at the International Institute for Applied Systems Analysis in Austria, and colleagues report in the journal Remote Sensing of Environment that a cocktail of remote sensing data, UN agency statistics and “crowdsourcing” – help from citizen scientists – has provided new high resolution maps of global forest cover.

This will serve as a basis for other studies, and for economic planning and policy-making. The maps are available on the Geo-Wiki website.

But the overall picture of a greener world remains uncertain. On the same day, scientists backed by the Carnegie Institution in Washington reported in Nature Geoscience that drought damage has already led to widespread forest death, and the toll could be much greater by the 2050s.

They based their study on the condition of the trembling aspen forests of the American southwest during the drought of 2000-2003.

Once again, their work is aimed at improving climate models and calculations of the response of forests to climate change, and could throw new light on the processes at work in forests subjected to water stress.

That is because the arboreal vascular system that transports water from the roots to the leaves is itself damaged by drought. But at what level would drought impose permanent damage on a tree’s physiology?

The Carnegie scientists were able to establish a drought threshold for the trembling aspen (Populus tremuloides), and the drought at the beginning of the century is known to have killed 17% of the species in Colorado.

The research is fundamental: just one study of one species in one region that provides a starting point for further studies, and thus for surer measures of vegetation response to climate change, and ultimately to a better understanding of the carbon cycle.

“Finding the thresholds in plant physiology, after which climate stress causes tree mortality, will allow us to resolve uncertainty over the fate of forest ecosystems in a changing climate,” says the study leader, William Anderegg, a researcher at Princeton Environmental Institute in the US.

“But, most importantly, a lot rides on human decisions to slow climate change. The clock is ticking for the future of these forests.” – Climate News Network

CHECK OUT MORE NEWS IN THE LATEST GLOBE-NET NEWSLETTER

Economies that go 100% renewable could save $520 Billion a year