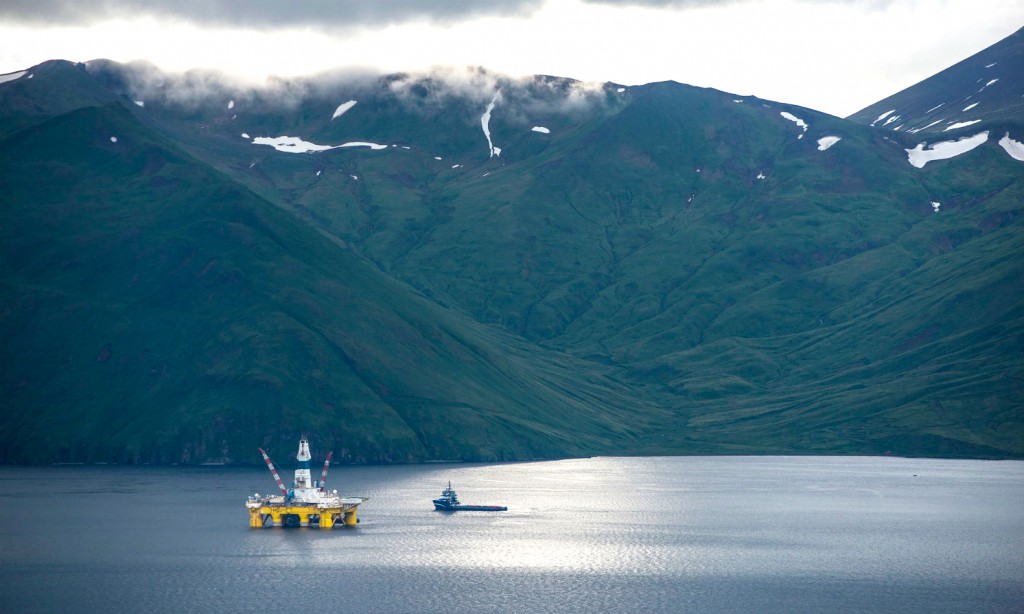 As the giant Shell oil company begins highly controversial exploration drilling in the Arctic, the price of crude continues to slide.

LONDON, 30 August, 2015 – It’s a gamble – some would say a giant gamble. Before even one litre of oil has been found, the Anglo-Dutch Shell group is believed to have spent more than US$7 billion – just making preparations for its latest Arctic venture.

Shell is betting on finding the oil industry’s Holy Grail: according to 2008 estimates by the US Geological Survey, the Arctic contains more than 20% of the world’s remaining hydrocarbon resources – including at least 90 billion barrels of oil.

If Shell does strike oil in big quantities maybe its gamble will pay off – and its anxious shareholders can look forward to handsome payouts.

But the whole venture is a high-risk business. The decision by the US administration to allow Shell to start drilling in the Chukchi Sea, off the coast of Alaska, is highly controversial.

“The Arctic is a unique treasure. Given what we know, it’s not worth the risk of drilling.” Hillary Clinton,  former secretary of state and now a presidential contender

Environmentalists and scientists say any further exploitation of fossil fuels must be halted in order to limit the rise in average global temperatures to within 2°C of pre-industrial levels and avert serious climate change.

Drilling conditions in the Arctic can be treacherous: in 2012 a Shell rig which had been drilling for oil in the Beaufort Sea off Alaska ran aground in a storm and had to scrapped. Any oil spill in the ecologically rich waters of the Arctic could be catastrophic.

“The Arctic is a unique treasure”, she says. “Given what we know, it’s not worth the risk of drilling.”

Shell says its operations meet the highest standards. “We owe it to the Arctic, its inhabitants, and the world to work with great care as we search for oil and gas resources and develop those at the request of governments across the region”, the company says.

The financial rationale of Shell’s move is also being questioned. Drilling in the Arctic is an expensive business and involves complex logistical challenges.

Analysts say so-called unconventional oil – crude recovered from difficult environments such as the Arctic – needs to command a price of between US$70 and US$100 a barrel to make its recovery economical.

At present, though oil demand is strong, there are deep uncertainties about future economic growth, particularly in China. Oil is staying stubbornly below US$50 per barrel. The big oil producers such as Saudi Arabia have not, as in the past, lowered output in order to shore up prices.

A tentative agreement between western nations and Iran on nuclear issues is likely to mean new supplies of Iranian crude hitting the international market, putting further downward pressure on prices. Despite continue bombing and communal strife, Iraq is gearing up its oil production.

One of the major factors influencing the downward movement of oil prices over recent years has been the development of the US fracking industry, with vast amounts of oil and gas recovered from shale deposits deep underground.

Perhaps Shell – and big producer countries like Saudi Arabia – foresee an end to the fracking boom.

As recovery from shale deposits becomes more difficult and prices remain low, fracking is not enjoying the explosive growth it saw a few years ago.

Some drilling sites in the US states of Texas and North Dakota are being abandoned. Several of the smaller fracking companies – which borrowed large amounts during the good times to finance their operations – have gone bust.

But there is still a global glut of oil: the International Energy Agency says there is unlikely to be a rebound in oil prices any time soon.

The drilling season in the Arctic is brief: the days shorten quickly and the ice begins to form. Shell – and its shareholders – will be hoping for quick returns.

International negotiators preparing for the climate summit in Paris later this year are calling for urgent action to head off global warming. There are many who hope Shell’s exploration activities will not succeed – and that the Arctic hydrocarbons stay where they are, thousands of feet below the seabed. – Climate News Network