GLOBE-Net, March 18, 2015 – A group of 60 researchers from every province released a plan of sustainability solutions to help Canada successfully achieve the transition to a low-carbon society at the Americana 2015 Conference in Montreal.

Led by McGill biologist Catherine Potvin, as part of “Dialogues on Sustainability” the plan  “Acting on Climate Change: Solutions from Canadian Scholars” says a complete shift to renewable energy is within Canada’s reach.

Because renewable energy resources are plentiful, the report authors believe that Canada could reach 100 % reliance on low-carbon electricity by 2035. This makes it possible, in turn, to adopt a long-term target of at least an 80 % reduction in emissions by mid-century, consistent with Canada’s international climate mitigation responsibility. 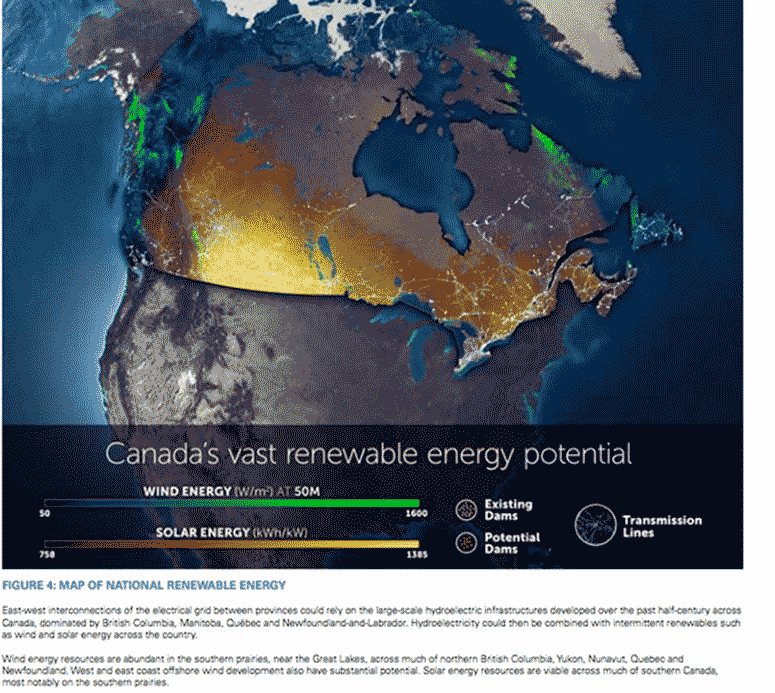 The plan identifies ten policy orientations illustrated by actions that could be immediately adopted to kick-start Canada’s necessary transition towards a low carbon economy and sustainable society.

It calls for immediate action to put a price on carbon.

Besides putting a price on carbon, the report examines how Canada can reduce its greenhouse gas emissions by: 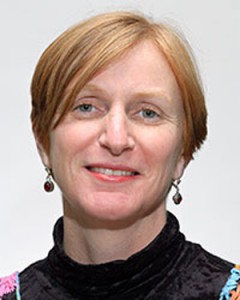 In the short term, policy orientations that could trigger climate action include:

In the short to middle term, the transition could be facilitated by:

In the short to long term, the transition could support a transportation “revolution”:

They believe that Canada, in keeping with its historical position of aligning with US targets, could adopt a 2025 target of a 26-28 % reduction in GHG emissions relative to 2005 levels.

They envision climate policy as the ongoing, long-term project of making the transition to a low-carbon society and economy. This notion of transition has many advantages: the 80 % target establishes the direction of change, allowing Canada to plan for the future while recognizing that goals will take time to accomplish.

This will allow governments, businesses and citizens to situate their activities within a dynamic context. 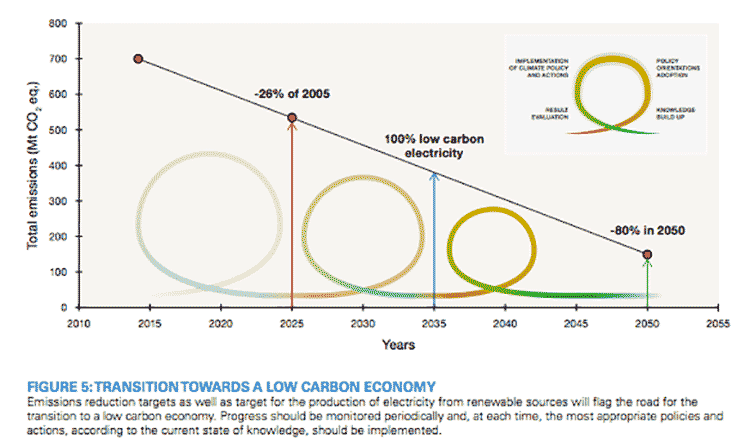 Nothing comes easily, notes the report. There will be controversies and setbacks and some economic sectors will contract as others expand. The most important aspect of Canadian climate policies is to build a sustainable future starting today.

The transition to a low-carbon sustainable society will usher in great opportunities for innovation by developing new technologies, businesses and jobs argue the scholars.

A clear climate policy framework would reduce uncertainty in the business environment, encouraging companies to invest in low-carbon technologies, they assert.

“We have identified policy orientations designed to deliver substantial, viable change based on our expertise and dialogue among our members. We do not claim to offer all possible policies or incentives to achieve sustainability, and we understand that further analyses, debate and refinement will be required. However, in virtually all cases, our proposals are in line with a number of international and national analyses of viable policy options to decarbonize.” 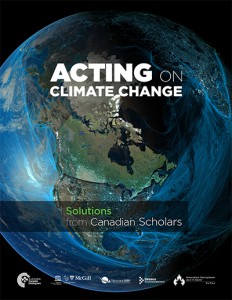 Acting on Climate Change: Solutions from Canadian Scholars is a scholarly consensus on science-based, viable solutions for greenhouse gas reduction produced by Sustainable Canada Dialogues, an initiative under the UNESCO- McGill Chair for Dialogues on Sustainability and the Trottier Institute for Science and Public Policy.

The environmental side benefits to climate change mitigation

Green and sustainable will not stop rising sea levels