The environmental side benefits to climate change mitigation

A variety of mitigation options are available, including switching from fossil fuels to renewable sources of energy. To achieve the necessary GHG emission reductions, one key option is to impose carbon taxes. However, these would need to be high to help achieve this target, according to the study’s authors.

Climate change mitigation measures may generate benefits in addition to their principal intended goals. For example, curbing the use of fossil fuels will also reduce the emissions of air pollutants, such as sulphur dioxide (SO2) and nitrogen oxides (NOx), which can harm human health and the environment.

The researchers used the AIM/Enduse model, based on a variety of emission reduction options in different sectors, to simulate different GHG mitigation scenarios up to 2050 under various carbon tax conditions.

The researchers focused on the six GHGs included in the Kyoto protocol as well as non-Kyoto ozone-depleting substances. The air pollutants examined included SO2, NOx, black carbon and particulate matter.

On the baseline assumptions adopted by the authors, without carbon taxes air pollution was projected to worsen considerably. Emissions of SO2, NOx, black carbon and particulate matter were projected to increase from 2005 levels by 31%, 21%, 35% and 42%, respectively, in Annex I countries by 2050. 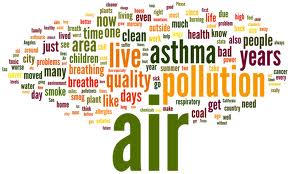 Carbon Taxes need to be high

If carbon taxes followed current and previous carbon market trends, rising from $4/t CO2-eq (US dollars per tonne of CO2 equivalent) in 2005 to $50/t CO2-eq in 2050, the researchers predict the resulting GHG emission reductions would not be sufficient to meet the 2°C target, and warming would rise to 3°C above pre-industrial temperatures.

By stabilizing global GHG emissions along the climate mitigation pathway that meets the 2°C limit target by 2050, however, both GHG and air pollutant emissions would be reduced by 60-80%, compared with the situation of having no carbon taxes.

This emissions reduction pathway would be achieved through technology choices that depend on energy and carbon prices. The results demonstrate that high carbon taxes ($400/t CO2-eq in 2050) are nevertheless required to achieve this huge reduction in air pollutant emissions.

The study also highlights how the co-benefits in terms of reducing air pollutant emissions through GHG mitigation measures vary between sectors.

For instance, switching from coal to low-carbon or non-fossil energy sources will significantly reduce SO2 and particulate matter emissions from the energy supply sector. However, GHG mitigation measures in the transport sector would not reduce NOx and black carbon emissions to the same extent.

Climate change mitigation comes at a cost, so highlighting the multiple benefits of these policies could help encourage countries to take action towards a low-carbon society, the researchers say.

Green finance – key to creating a sustainable economy in China