Aircraft CO2 Standards – One Step Closer But No Take Off Yet! 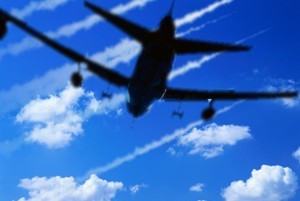 The new environmental measure was unanimously recommended by the 170 international experts on ICAO’s Committee on Aviation Environmental Protection (CAEP), paving the way for its ultimate adoption by the UN agency’s 36-State Governing Council.

“It is particularly encouraging that the CAEP’s recommendation today responds so directly to the aircraft technology improvements which States have forged consensus on at recent ICAO Assemblies,” highlighted Olumuyiwa Benard Aliu, President of the ICAO Council.

Aircraft engines produce emissions that are similar to other emissions resulting from fossil fuel combustion. However, aircraft emissions are unusual in that a significant proportion is emitted at altitude.

These emissions give rise to important environmental concerns regarding their global impact and their effect on local air quality at ground level.

Aircraft emit gases and particles which alter the atmospheric concentration of greenhouse gases, trigger the formation of condensation trails and may increase cirrus cloudiness, all of which contribute to climate change.

“Every step taken in support of ICAO’s full basket of measures for environmental improvement is an important one, and I am sure the Council will be deeply appreciative of the this latest CAEP achievement.”

Under the CAEP recommendation, the new CO2 emissions standard would not only be applicable to new aircraft type designs as of 2020, but also to new deliveries of current in-production aircraft types from 2023.

A cut-off date of 2028 for production of aircraft that do not comply with the standard was also recommended. In its current form the standard equitably acknowledges CO2 reductions arising from a range of possible technology innovations, whether structural, aerodynamic or propulsion-based.

The standards announced Monday don’t set the bar high enough, said Dan Rutherford, aviation direction of the International Council on Clean Transportation quoted in a report from AP, since they require reductions of only about a third of what is expected to be technically possible with the more fuel-efficient planes that will be in production when the standard takes effect. 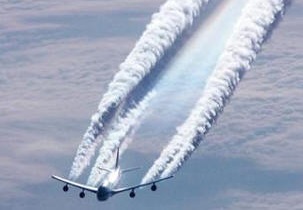 The proposed global standard is expected to have the greatest impact: for larger aircraft. Operations of aircraft weighing over 60 tonnes account for more than 90% of international aviation emissions. They also have access to the broadest range of emissions reduction technologies, which the standard recognizes.

Care was taken by the CAEP to ensure that the proposed Standard covers the full range of sizes and types of aircraft used in international aviation today. Its solution therefore comprehensively encompasses all technological feasibility, emissions reduction potential, and cost considerations.

“The goal of this process is ultimately to ensure that when the next generation of aircraft types enter service, there will be guaranteed reductions in international CO2 emissions,” President Aliu stressed.

“Our sector presently accounts for under two percent of the world’s annual CO2 emissions, but we also recognize that the projected doubling of global passengers and flights by 2030 must be managed responsibly and sustainably.”