GLOBE-Net, April 13, 2015  – “To fight climate change — one of the greatest challenges mankind has faced — Ontario is putting a limit on the main sources of greenhouse gas pollution through a cap and trade system to protect the air we breathe, the water we drink and the health of our children and grandchildren.” 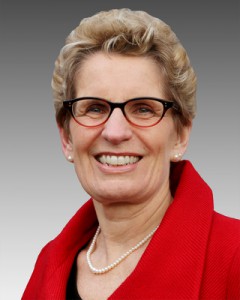 With this terse statement Ontario Premier Kathleen Wynne confirmed what had been predicted for some time in media reports that the province would link up with Québec and California in a cap and trade carbon market system under the auspices of the Western Climate Initiative.

“Climate change is already hurting our environment, causing extreme weather like floods and droughts, and hurting our ability to grow food in some regions,” said the Premier. “Over the near term, it will increase the cost of food and insurance, harm wildlife and nature, and eventually make the world inhospitable for our children and grandchildren.”

Ontario will join Québec and California in imposing a hard ceiling on the pollution allowed in each sector of the economy. The cap and trade system seeks to reduce the amount of greenhouse gas pollution in the atmosphere by setting a limit on emissions, rewarding innovative companies, providing certainty for industries and creating more opportunities for investment.

A joint statement released by Premier Wynne and her Québec counterpart Premier Philippe Couillard noted that in November of 2014, Ontario and Québec signed a Memorandum of Understanding (MOU) in which both provinces agreed to collaborate on their efforts to fight climate change and to accelerate the transition to a low carbon economy. 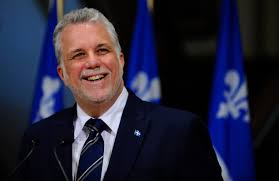 Today, we are deepening our collaboration on combatting climate change by signing a letter formalizing our intent to work toward linking our cap and trade systems, once Ontario has developed a mechanism compatible and coherent with the Québec and California carbon market.

Under the Western Climate Initiative businesses will have their own greenhouse gas quota and will then be able to sell it if they don’t need it because of their own efficiency, noted a Government of Ontario statement.

The Ontario government intends to reinvest the money raised through cap and trade in a transparent way back into projects that reduce greenhouse gas pollution and help businesses remain competitive.

Projects may include energy-efficient appliances or housing, building more public transit to reduce the number of vehicles on the road, and helping factories and businesses reduce greenhouse gas pollution.

Climate change is already costing the people of Ontario dearly notes a Backgrounder released by the Ontario Environment Ministry. It has devastated communities, damaged homes, businesses and crops and increased insurance costs. The 2013 ice storm alone resulted in $200 million in insurance payouts and severe floods in the GTA resulted in nearly $1 billion in damages.

The National Round Table on the Environment and the Economy estimated that the economic costs of climate change in Canada would rise from around $5 billion annually in 2020 to between $21 billion and $43 billion annually by 2050.

Good environmental policy is good economic policy. Reducing our use of fossil fuels, such as coal, oil and gas, will create jobs now and form a central pillar of our prosperity in the coming years. Ontario Premier Kathleen Wynne

Support for the Ontario move has been widespread and positive. “This is a bold move from the province of Ontario – and the challenge we face demands further action from other states and provinces around the world,” said California Governor Edmund G. Brown Jr. “There’s a human cost to the billions of tons of carbon spewing into our atmosphere and there must be a price on it.”

Chris Ragan, Chair, Canada’s Ecofiscal Commission, stated “Our environment — and our economy — needs a price on carbon. A well-designed cap and trade system that is sensitive to trade related competitiveness issues will guarantee emissions reductions while sending a signal to the market that rewards good environmental behaviour.”  See more comments here

Some critics have questioned whether Ontario will provide generous exemptions from the cap and trade restrictions in order to favour home grown industries, notably the auto sector.

Carbon Pricing in Other Jurisdictions

Ontario will host a Climate Summit of the Americas from July 7-9, 2015, to advance collaborative action on climate change ahead of the Conference of the Parties in Paris in December.

On a related matter federal Environment Minister Leona Aglukkaq has asked Ontario and other provinces to provide detailed climate plans that Ottawa says it needs to submit Canada’s emission-reduction commitment to the United Nations in the upcoming Paris meeting, a request that prompted one Ontario spokesperson to state “that Ottawa to do more of this work itself, adding that it is unacceptable for the federal government to refuse to act on climate change and simply provide a tally of provincial initiatives as ‘Canada’s’ contribution to fighting climate change.”

During Ontario’s comprehensive public and stakeholder consultations on climate change, more than 1,500 people attended in-person consultations in locations across the province, and more than 300 ideas and 31,000 votes were submitted through the online consultation tool.

The Ontario Discussion Paper on Climate Change is available here.

Really, How important are your environmental values?