China’s trade plan could cause  environmental catastrophe, scientists warn, because of its voracious appetite for natural resources and its climate impact. 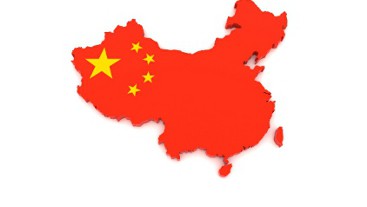 LONDON, 1 June, 2018 – Possibly the most ambitious and far-reaching development scheme ever launched, China’s trade plan, the Belt and Road Initiative (BRI), may pose an unacceptable risk to the environment, scientists say.

Launched in 2013, the BRI plans a huge expansion of trade routes linking Asia, Africa and Europe, involving China itself and 64 other countries, and affecting about two thirds of the world’s people and one third of its economy. There will be new ports on the Pacific and Indian Ocean coasts, new roads, and a rail network linking China to north-west Europe.

But an international group of scientists, writing in the journal Nature Sustainability, expresses serious doubts about the possibility of completing the scheme without causing permanent environmental damage.

The scientists write: “Economic development aspirations under the BRI may clash with environmental sustainability goals, given the expansion and upgrading of transportation infrastructure in environmentally sensitive areas, and the large amounts of raw material needed to support that expansion…

“If not properly addressed, the negative environmental impacts of the BRI are likely to disproportionately affect the world’s poor, hence putting at risk the wellbeing of the very people it aims to help.”

Some of the scientists’ comments are positive. They say, for instance, that the BRI includes “examples of well-planned road developments” with negligible impacts on wildlife and protected areas.

They cite the proposed Serengeti Highway in Tanzania, which would go round the national park, not through it. An alternative route for Nigeria’s planned Cross River Superhighway will cause far less environmental harm than the original scheme, and the Bangladesh Railway is improving the protection of elephants by building five overpasses across the tracks for them at well-used crossing points.

“In biodiversity and environmental terms, it’s the worst thing we’ve seen anywhere  –  and in the past forty years, I and my colleagues have seen some pretty horrific stuff”

To improve the BRI’s research and monitoring, Beijing has announced its intention to build a Digital Silk Road with the Chinese Academy of Sciences, a potential boost to environmental research elsewhere in Asia.

But despite these expected benefits from the BRI, doubts remain. The scientists say a recent report by the World Wildlife Fund found “a clear risk of severe negative environmental impacts from infrastructure developments”.

These include the scheme’s gargantuan appetite for natural resources, including sand and limestone for making the immense quantities of concrete and cement that it will demand. Global sand extraction, the scientists say, has already passed its natural renewal rate, causing severe damage to deltas and coastal ecosystems.

And with China already responsible for one-third of global greenhouse gas emissions, the vast pipeline network planned under the BRI, and the infrastructure construction involved, will mean further and faster exploitation of fossil fuel reserves.

One of the authors of the commentary in Nature Sustainability is Bill Laurance, of James Cook University, Australia. In an interview with Nexus Media he had more to say about his concerns – and he didn’t pull his punches.

Professor Laurance thinks the BRI “environmentally, the riskiest venture ever undertaken”, which “simply blows out of the water anything else that’s been attempted in human history…In biodiversity and environmental terms, it’s the worst thing we’ve seen anywhere  –  and in the past forty years, I and my colleagues have seen some pretty horrific stuff in the Amazon, Africa, Southeast Asia and the South Pacific.”

On climate change, he holds out little hope that the Initiative can offer anything much: “If you also consider everything China is doing or promoting overseas in terms of extractive industries and large-scale infrastructure, they utterly overwhelm any other nation as climate changers.

“In real terms – digging through a great deal of greenwashing – I don’t see anything in the BRI that squares with China’s stated climate goals.” – Climate News Network