When our water and air is clean, we don’t think much about them. Unfortunately, countries great and small have been taking these resources for granted for a while now. We can see the results in poor public health and lost productivity. When our people are sick, our economies feel it.

The world’s urban areas, especially, stand to lose an astonishing amount of business and competitiveness if our cities and states don’t take air pollution more seriously. Here’s what to know about the problem and some of the solutions available to us.

It’s a Drain on Potential and Productivity

The most recent numbers from the World Health Organization indicate that 9 in 10 people across the globe breathe polluted air every day for 7 million deaths per year. This is a problem across wealthy and developing countries alike.

Happily, the WHO also reports that thousands of cities and hundreds of countries are now contributing members of their ambient air quality database. Data and the ability to share it efficiently with a large research community is essential in combating the air pollution problem.

All wasted human life and potential are tragic in its own right, but it also translates into wasted productivity. Simply put, air pollution is detrimental to human health.

Some 40% of Americans make their home someplace with polluted air, and breathing poor-quality air is linked with health problems such as:

Our economies at the city and state levels feel these losses in the form of higher absenteeism from schools and workplaces and lower performance at both as well. Some research finds a direct correlation between the density of pollution particulates in the air and the productivity of otherwise healthy employees.

All of this adds up to students and employees sidelined when they should be productive and contributing to economic growth. The cost to businesses of paid absences alone is around 8.1% of their payroll costs per year. The cost of employee turnover is even greater, at about $15,000 per employee earning a median salary.

At least one published study has found that consumer spending falls measurably when ozone and particulate pollution is worse. Their findings were localized to a dozen provinces in Spain, but the results are still remarkable and, more than likely, relevant almost any place that suffers from poor air quality:

Altogether, the researchers concluded that Spain could recover as much as $30 billion in lost consumer spending, and corresponding tax revenue and business growth, per year, by committing to a 2.5% reduction in particulate and ozone pollution.

Instead of visiting local restaurants, businesses and recreational areas, people in pollution-stricken areas stay indoors and cause the economy to falter. Citizens in urban areas are four times as likely to be affected as rural citizens, according to the research.

Urbanization is expected to continue across the globe, with as much as 68% of the global population living in cities by 2050. As this progress continues, urban planners will have to work ever more closely with data modeling specialists and experts in human health to guide new construction and expand existing buildings and infrastructure with emissions footprints in mind.

It Creates Cycles of Illness

Batteries of studies have linked poor indoor air circulation and even the use of carpeting to degraded performance while typing, proofreading and performing other tasks which require attention to detail. City and state governments have their work cut out for them, but our most densely populated areas — our workplaces — often require wholesale transformation from the inside out.

The U.S. Environmental Protection Agency encourages collaboration between building management and contractors and adherence to EPA, NIOSH and other relevant standards to ensure changes to a building’s design won’t impact its climate envelope or introduce harsh or harmful chemicals into the workplace.

The EPA itself recognizes the impact of “sick building syndrome” on businesses across the country. This is where building occupants report symptoms of extreme discomfort, nausea, headaches, poor concentration, dizziness and others, as a result of spending time there.

Environments that operate heavy equipment can begin creating healthier indoor work environments by upgrading to variable-speed compressors and making other efficiency upgrades. Matching the equipment to its surroundings often provides a tangible boost to the health and cleanliness of the air even in heavy-duty work environments.

The physical building design itself is something that has to change with these new considerations in mind as well. Eliminating volatile organic compounds (VOCs) in retrofits and new building construction may yield measurable improvements in employee concentration, cognition and overall health, leading to lower rates of absenteeism.

City and state officials, not to mention business leaders, would do well to recognize the value that air quality engineers and sustainable materials experts bring to this problem. These individuals can use modeling tools to study air pollution and changes to air quality over time.

Banning internal combustion engines over time, beginning with commercial vehicles, is just one cost-effective measure some cities are taking. From Madrid and Paris to portions of New York City, it might be curtains, at last, for conventional cars and trucks in our urban centers.

Attention for this issue spiked in Europe after an Oxford study declared that some 10,000 citizens lose their lives prematurely each year just from diesel pollution. For journalists like Beth Gardiner, who’ve spent time studying the hidden costs of pollution on economies, divesting from fossil fuels must be a priority at all levels of government.

Some consulting groups working with cities on air quality have found success by deploying low-cost sensors. These sensors help identify particularly at-risk populations and areas and then prioritize interventions. Data science is a much sought-after educational and professional background these days for many reasons, one of which is the call for healthier air in cities.

The federal government in the United States passed the first anti-air pollution measures in 1955. Very recently, that same government chose a different direction. There are some practical and cost-saving measures that the public and private sectors can begin taking today. When it comes to the bigger-picture stuff like divesting from fossil fuels, change that begins on the local level often doesn’t take long to force change at the top. 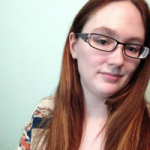