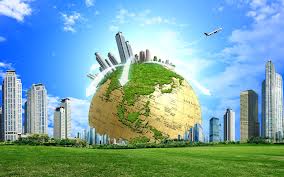 LONDON, 17 September, 2016 – A revolution is taking place in the global energy sector, with investments in oil and gas declining by 25% in 2015 while energy produced from renewables rose by more than 30%.

“We have never seen such a decline [in oil and gas investment]”, said Dr Fatih Birol, executive director of the International Energy Agency (IEA), at the London launch of its first ever report into world energy investment.

“Our findings carry a very important message for climate change and for the Paris agreement. Anyone who does not understand what is going on – governments, companies, markets – is not in the right place.”

Replacing fossil fuels with renewable energies is seen as vital in the battle against climate change.

The IEA, which focuses on issues of energy security, says that overall investment in the global energy sector declined by 8% in 2015 to US$1.8 trillion.

In part, the decline in investments in oil and gas was due to the lower costs of crude oil and other products of the fossil fuels industry.

Although investment in renewables has been more or less the same in each of the last four years, increased efficiencies and lower capital costs resulted in a third more electricity being produced from these technologies in 2015.

“A major shift in investment towards low carbon sources of power generation is under way,” the IEA report says. “Fossil fuels continue to dominate energy supply, but the composition of investment flows points to a reordering of the system.”

Lazlo Varro, an IEA renewables expert, says the sector needed less and less in government subsidies as costs come down. Over the last five years, the price of solar energy dropped by 80%, while wind power’s costs dropped by a third overall.

Nuclear energy is seen by some as an important ingredient in tackling climate-changing carbon emissions.

“Fossil fuels continue to dominate energy supply,
but the composition of investment flows points
to a reordering of the system”

The IEA says the drop in the price of renewables has not been reflected in the nuclear sector – rather, the reverse. And there are continuing worries about nuclear safety and the disposal of nuclear materials.

For those hoping for a bright new dawn of carbon-free energy, the IEA report has some sobering news: there are continuing large-scale investments in coal – the most polluting of fuels. More than US$60 billion was invested in coal projects last year, most of it in Asia and in Australia.

Many of the coal plants constructed are described as sub-critical – severely polluting, and using only basic technology.

The continued investment in coal was often due to the lack of the necessary infrastructure to support other, cleaner energy systems in countries such as India and Indonesia, and to the failure of governments to back renewables.

China continues to be the world’s biggest producer and consumer of coal, although the IEA says 60% of the country’s total energy spending last year was on renewables.

The IEA predicts that investment in fossil fuels is likely to continue to fall in the years ahead, particularly in the oil industry. But the energy sector − especially transport − will remain dependent on oil and gas.

The liquefied natural gas (LNG) market will grow substantially, and countries in the Middle East and Russia will continue to expand their oil production.

The IEA welcomes the shift in investment to renewable forms of energy, but says new oil production needs to come on stream in order to meet international energy demand.

Production from oil fields around the world is declining, and Birol says: “Every second year we lose [the equivalent of] one Iraq due to the decline in oil field production. This is worrying from an IEA perspective.” – Climate News Network

Kieran Cooke, a founding editor of Climate News Network, is a former foreign correspondent for the BBC and Financial Times. He now focuses on environmental issues

What Can Be Made from One Barrel of Oil?