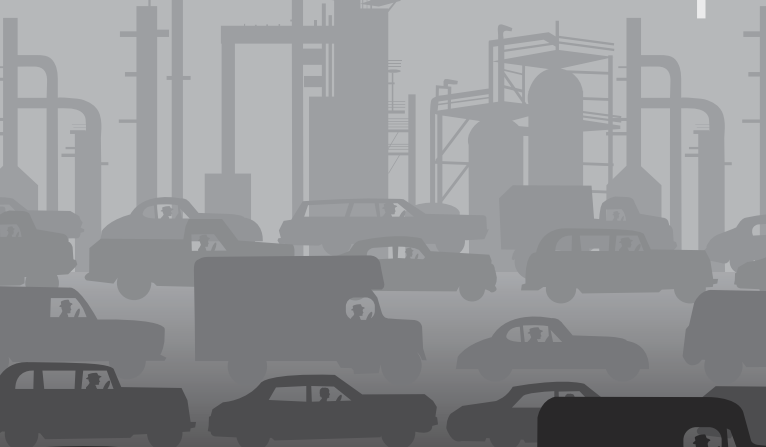 Toronto, July 7, 2015 – Ontario’s acting Environmental Commissioner Ellen Schwartzel offered some praise for the provincial government, but also a warning the government will find it difficult to meet its next target for combatting climate change.

On the eve of the Climate Summit of the Americas, Schwartzel praised Ontario’s ambitious targets for reducing emissions, noting they are in line with those adopted by leading jurisdictions.

“Now it has to do the hard part and deliver on its commitment.” The acting Environmental Commissioner today released “Feeling the Heat: 2015 Annual Greenhouse Gas Progress Report”, the latest in the Commissioner’s annual reports on the issue.

The 2015 report points out that the government will miss its 2020 target for reducing greenhouse gas emissions if it doesn’t expand and act on its policies. 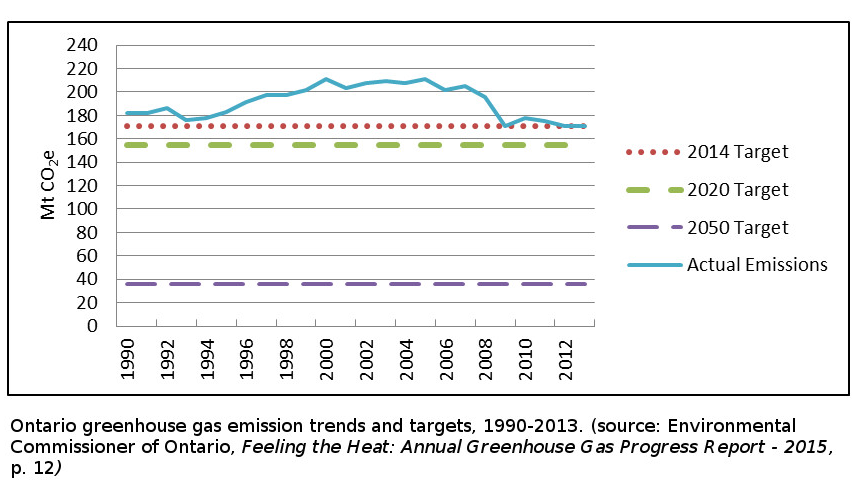 “Unless the government takes more aggressive action” said Schwartzel, “particularly in the transportation and building sectors, it will not be able to meet its target to reduce greenhouse gas emissions by 19 megatonnes by 2020. This would be roughly equivalent to the reductions it achieved with the closure of the province’s coal-fired electricity plants.”

Feeling the Heat singles out the transportation sector as the single largest source of greenhouse gas emissions in Ontario.

“The government can rightly point to its success in closing the coal-fired plants” said Schwartzel, “but we need a more ambitious suite of actions to get us to our 2020 target, focused especially on reducing emissions from cars and trucks.

And each time a new high-rise tower goes up, we should be reminded that buildings account for the next biggest increase in megatonnes of CO2.”

But she said the cap-and-trade program will likely focus on large industrial emitters, and this will not be enough to fill the near-term gap.

Transportation emissions remain Ontario’s biggest challenge. They have been growing both in relative and in absolute terms, and so far Ontario has not been able to bend that curve downwards. Buildings are another sizeable and growing source of emissions.

“Climate change has already begun to cost Ontarians,” said the acting Environmental Commissioner, “and the costs are only expected to grow.” 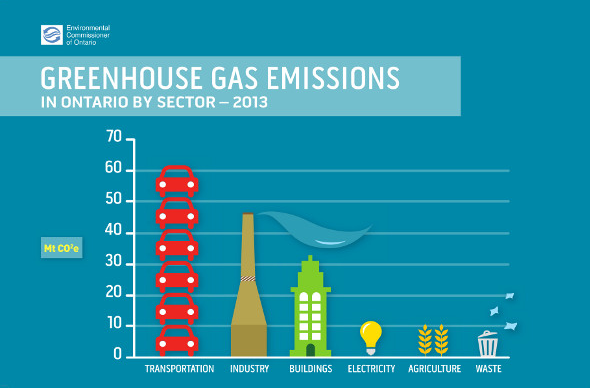 The report notes that extreme weather associated with climate change has already damaged the province’s infrastructure; for example, intense storms and flash floods in recent years have caused costly damage to provincial roadways and commuter rail lines. And future projections for the province point to an even more unpredictable and unstable climate. 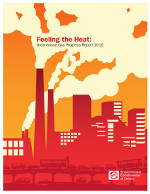 Appointed by the Legislative Assembly, the ECO monitors and reports on compliance with the Environmental Bill of Rights, the government’s progress in reducing greenhouse gas emissions and its actions towards achieving greater energy conservation in Ontario.