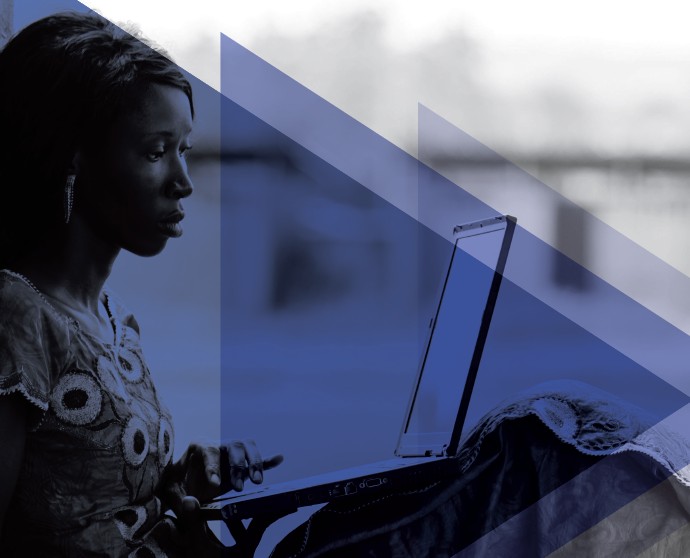 NEW YORK, May 18, 2015—The world is heading in the right direction to achieve universal access to sustainable energy by 2030 but must move faster, says a new report that tracks the progress of the Sustainable Energy for All (SE4All) initiative.

And, while picking up steam, renewable energy generation and energy efficiency improvements will need to accelerate dramatically, it says.

The report is the second in a series that tracks the world’s progress toward SE4All’s three goals of universal energy access, doubling the global rate of improvement in energy efficiency, and doubling the share of renewable energy in the global energy mix – all to be met by 2030.

While the first edition, released in 2013, measured progress between 1990 and 2010, this edition focuses on 2010 to 2012. In that two-year period, the number of people without access to electricity declined from 1.2 billion to 1.1 billion, a rate of progress much faster than the 1990-2010 period. In total 222 million people gained access to electricity during this period, higher than the population increase of 138 million people.

These gains were concentrated in South Asia and Sub-Saharan Africa, and mainly in urban areas. The global electrification rate increased from 83 percent in 2010 to 85 percent in 2012. But there was less progress on access to clean cooking fuel with 2.9 billion people still using biomass fuels like wood and dung – most of this population clustered in rural areas of Sub-Saharan Africa, South Asia, and eastern Asia. 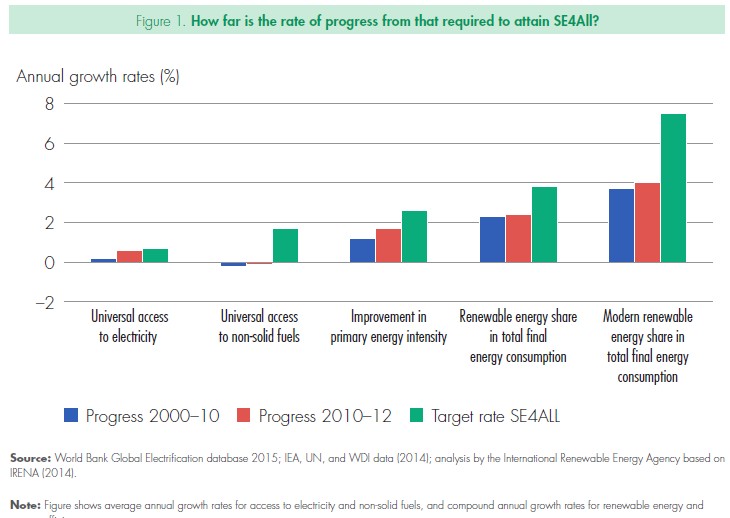 On the positive side, the share of modern renewable energy (from sources including hydro, solar and wind energy) grew rapidly at 4 percent a year during the tracking period. Modern renewables made up 8.8 percent of total global energy consumption in 2012. Still, to meet the 2030 SE4All objective, the annual growth rate for renewable energy needs to be closer to 7.5 percent. 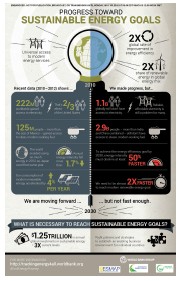 The report uses energy intensity – global economic output divided by total energy consumption – as a measure of energy efficiency. During 2010-2012, energy intensity fell more than 1.7 percent a year, considerably more than the annual rate during 1990-2010, but still slower than the SE4ALL objective of an annual 2.6 percent drop in energy intensity between 2010 and 2030.

“We are heading in the right direction to end energy poverty,” said Anita Marangoly George, Senior Director of the World Bank’s Energy and Extractives Global Practice, “but we are still far from the finish line. We will need to work a lot harder especially to mobilize much larger investments in renewable energy and energy efficiency. Leveraging public finance to mobilize private capital is imperative in achieving these goals.”

To help close the gap, the report makes key recommendations for global policymakers and stakeholders, including: 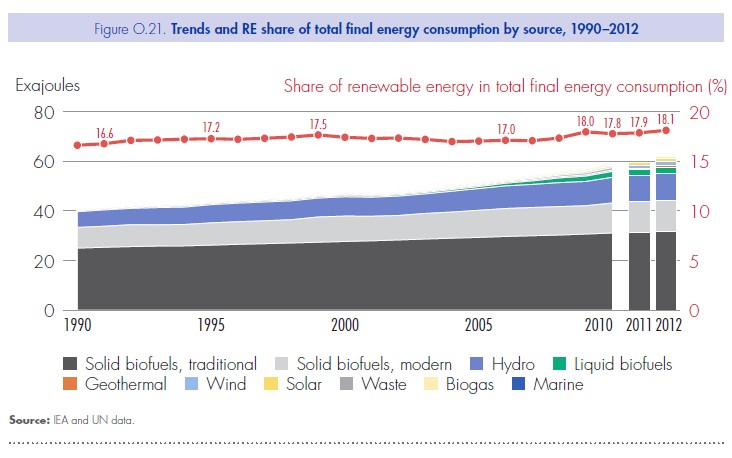 The Summary Report is available here.