OTTAWA, February 6, 2017  — Canada is working on building its own Silicon Valley by boosting funding to support homegrown startups.

The federal government is planning to increase funding allotted to assist tech startups as a means to stimulate the emerging technology sector and to support economic growth.

BCIP is a competitive support program that encourages entrepreneurs to submit market-ready innovative ideas to the Canadian government. The government can accept any proposal that offers pre-revenue products or services that have the potential to enhance the efficiency and effectiveness of government operations. 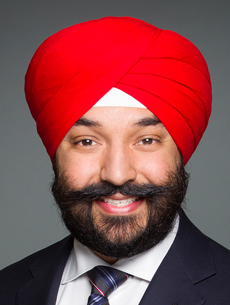 Innovation Minister Navdeep Singh Bains says even that amount of funding is not nearly enough. “It’s very modest and we can do better,” he said in an interview with The Globe and Mail while referring to the $30 million program. “This is something we’re pushing very hard … I would like to see this in the budget.”

Early last year, Ottawa was looking at how best to assist Canadian tech startups so that they could become billion-dollar enterprises in the future.

The topic came about after a Globe and Mail debate attended by three main political parties began a dialogue on best solutions to restore the economy, which was struggling due to low commodity prices.

Along with expanding the economy (including trade and exports), the need was identified to invest more in research and technological innovation in high-income Canadian firms so they can compete better globally.

It was recognized that the government can play a major role in helping startups to succeed through its acquisition process.

Although the federal government did not disclose how extensive the new program will be, Innovation, Science and Economic Development Canada (ISED) headed by Minister Bains has requested up to $300 million from the government’s existing procurement budget to be allocated to the new program.

Bains explained that the new program was inspired partly by the US Small Business Innovation Research (SBIR) Program that mandates 11 departments and agencies to set aside 3% of their budgets (rising to 3.2 per cent in 2017) to fund feasibility studies and early-stage R&D by startups.

Those departments and agencies include the Defense and Energy departments and National Aeronautics and Space Administration. They spend a combined $2.5-billion a year through SBIR.

“We want to demonstrate the economic benefit associated with how this can help high-growth firms [and] the fact this will create high-quality jobs,” Mr. Bains said in a media interview with Globe and Mail. “That’s the primary objective…We are putting a lot of thought into program design.”

However, some startups are hesitant whether this will actually help them in the long run. Mr. Bains mentioned that the current procurement approaches are more applicable and geared towards big and established companies rather than fledgling firms. This led many startups, particularly the tech-based ones, to sell out to foreign clients rather than to Ottawa.

Multi-billion company Apple Inc. invests heavily in startups and has bought out several Canadian small firms in the past. The tech giant acquired Locationary in 2013 to improve its online mapping services. The Toronto-based startup is known for creating cloud-based data products that manage and update online information, such as locations and operating hours.

This technology continues to help Apple in improving their mapping services. The iOS 10 has helped enhance its Apple Maps by adding power and simplicity to iPhone navigation with its key search and discovery features.

Apple’s biggest competitor, Google, also looks at Canadian startups to assist it with the development of the next generation high-tech operating system and many devices. Last year, the search giant said it was looking at tech startups in Canada to help them in their quest to lead the market in developing artificial intelligence technology.

“There is a breadth of companies here — whether they are focused on something like communications or machine learning — that are some of the brightest lights in the world,” said Sam Sebastian, VP of Google and managing director of Google Canada.

Canada remains to be one of the top tech users in the world. In fact, the country was noted by comScore as the highest internet usage in the world in 2015 with an average of 36.3 hours online every month.

“Faster connections and more powerful devices with larger screens are facilitating rapid growth of video on mobile, including longer-form content,” comScore says in its report.

Presently, ultrafast 4G LTE connections are now available in almost all SIM cards with
unlimited call and text messaging services across the country. According to O2, it guarantees that ‘[you will] never miss a moment.’ It offers Canadians seamless connection that they can rely on even when they’re out and about.

According to Sebastian, Canadians are now enjoying the tech freedom and would likewise invest further in tech startups in the coming years.

“Right now Canada is having a moment in digital transformation, innovation and other technologies,” he ended.

The government’s new procurement program is one way to help startups to get their innovations into the marketplace. With enough backing from the federal institutions, there’s a bright future ahead for tech startups in Canada.

Jen B. (TechnoloJen) has been following the latest news on startups and tech industry. She is a full-time financial advisor with a wide knowledge on marketing, technology, fintech, mobile, and app development. She hopes to be able to build her own startup someday.