Paying for forests has multiple benefits 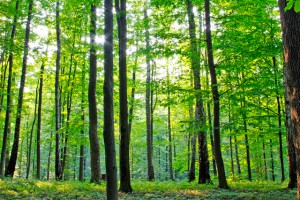 LONDON, 6 August, 2017 – Two new studies have reinforced the idea that financial incentives can help save forests. Research from the Amazon region has confirmed that payments to landowners can conserve forest biodiversity. And a study from China suggests that rural communities, if given an incentive, could help restore the nation’s native forests.

Both studies come within weeks of a finding that African villagers will conserve their forest plots more carefully if given even quite small payments not to clear the woodland.

Forest conservation is a key part of any global strategy to mitigate climate change: forests are also reservoirs of natural biodiversity and play a vital role in water conservation.

Their value to the planet is beyond question: it has always been harder, however, to find ways to persuade the people who live in or by the world’s forests that conservation is in their interests too.

But, since concern about climate change began to grow, there has been a series of initiatives to reduce deforestation. A team from the US reports in the journal Ecological Economics that they went beyond simple analysis of canopy loss in the Ecuadorian region of the Amazon basin to find out what compensation payments to landowners did for the diversity of species in the forests.

Not only did payments make a difference; they found that those species being protected were twice as likely to be of commercial value as timber, and also more likely to be at risk of extinction.

Between 2008 and 2014 payments stopped 9% of the forest area from being cleared. And of the 40 hectare (100 acre) forest plots enrolled in the scheme, each contained one or two more species than those in non-enrolled forests.

“More than 7 billion acres of tropical rain forests were destroyed between 1995 and 2015, so policy makers established voluntary compensation programs to slow down tropical deforestation and degradation,” said Francisco Aguilar, a forester at the University of Missouri school of natural resources.

“While these programmes seem to be making a difference, there aren’t enough on-the-ground evaluation tools to see if biodiversity is being maintained, too. Therefore we looked for other ways to observe the value of these payments for forest conservation.”

The Chinese study told a different story: total woodland cover in China has increased in the last two decades, but the nation has continued to say goodbye to its native forest.

That is because, while the nation has policies to encourage landowners to protect and restore forests, these have not been used to restore the biodiversity that characterises native forest.

“Rural communities would receive badly-needed income, while benefits such as improved soil health, greater biodiversity and reduced erosion would benefit society as a whole. China should not let this opportunity slip away”

Researchers from the US and universities in China and the World Agroforestry Centre point out in the journal Conservation Letters that land owned by rural communities is home to 60% of the country’s forests, including most of the newly-established forest cover.

“However, existing forest policies largely neglect collectively-owned lands and provide no mechanism for restoring native forests on them,” said Fangyuan Hua, of the Kunming Institute of Botany in Yunnan, who is also based at Cambridge University in the UK.

She and colleagues point to a proposed new Mechanism of Compensation for Ecological Protection that could establish effective, socially-just compensation.

“Rural communities would receive badly-needed income, while benefits such as improved soil health, greater biodiversity and reduced erosion would benefit society as a whole. China should not let this opportunity slip away,” she said. – Climate News Network