IQALUIT, NU, Sept. 16, 2016 – Hybridized electricity production that includes renewable energy is projected to be less expensive than business-as-usual in some northern communities, researchers at the Waterloo Institute of Sustainable Energy have found.

That’s in addition to the environmental benefits of reducing reliance on fossil-fuel-generated electricity.

These preliminary findings are being shared at the Arctic Renewable Energy Summit – co-hosted by the Federal Government, Government of Nunavut, Qulliq Energy Corporation and WWF-Canada – in Iqaluit. The full study, commissioned by WWF-Canada, will be released in October.

David Miller, WWF-Canada’s President and CEO, noted that “.. the science shows us that deploying renewable energy in the North is more cost-effective than continuing with solely diesel-powered electricity generation. This is the kind of information communities can use to make critical infrastructure decisions.”

A pre-feasibility study released earlier this year found that investment in a mix of renewable energy in remote northern communities could lead to significant reductions in diesel use and in diesel power-plant operations and maintenance costs. This feasibility study provides a deeper level of analysis, confirms those results and offers numbers on savings to be found. 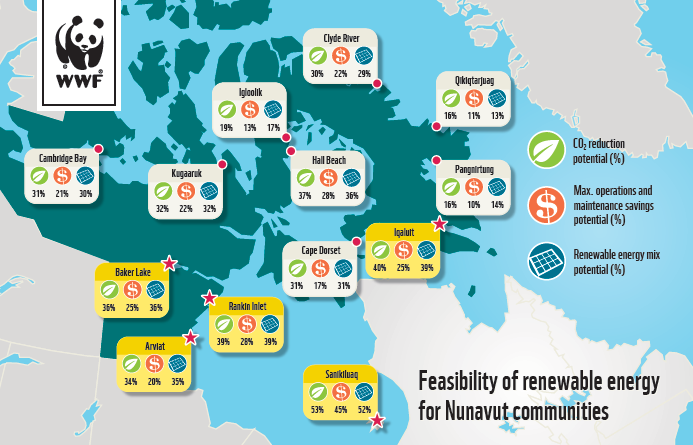 Key findings for the Nunavut community of Sanikiluaq:

Key findings for the Nunavut community of Arviat: 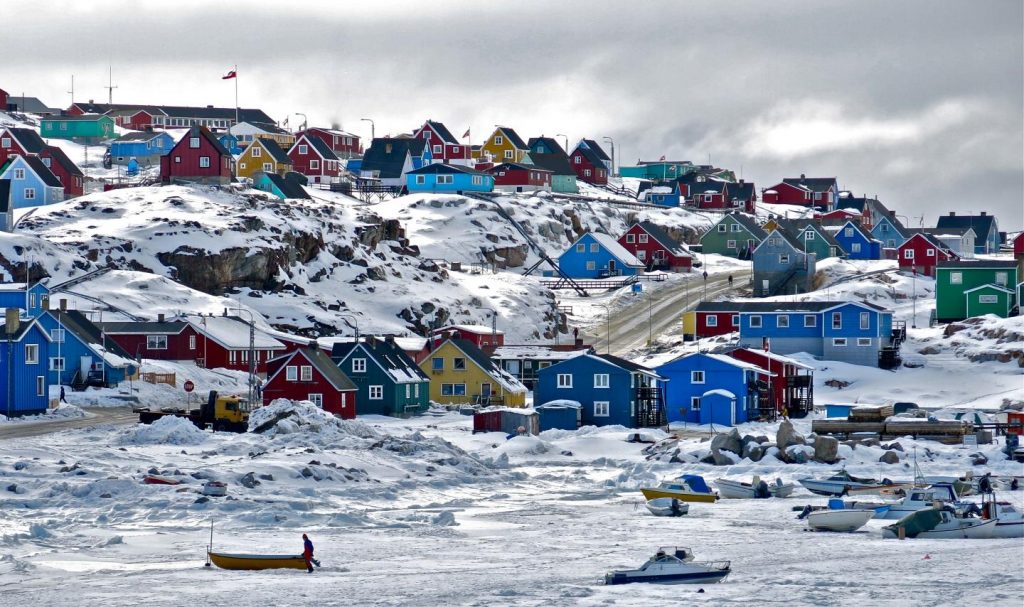 Paul Crowley, WWF-Canada’s VP Arctic conservation, said “As a longtime resident of Iqaluit, I count on the lights coming on in February.”

This evidence should give everyone confidence in moving forward with renewable energy – and the time is right, as Nunavut is facing decisions about replacing costly diesel generators. Renewable energy is a cleaner, more sustainable energy source that gives our communities independence and is better for the Arctic environment.”

The full study will be released in October after even more wind turbine models are taken into account, and a 20-year span is considered for all scenarios and in all communities.