Solar fuels: how planes and cars could be powered by the sun 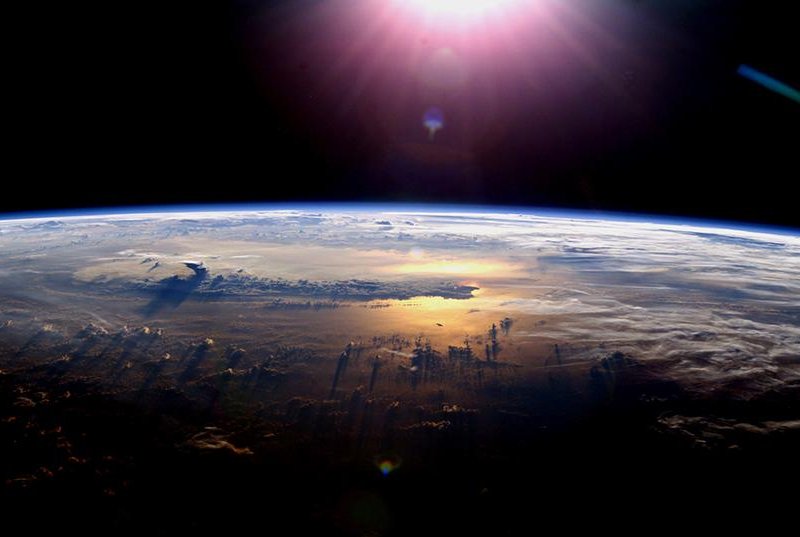 Solar energy is the world’s most plentiful and ubiquitous energy source, and researchers around the world are pursuing ways to convert sunlight into a useful form.

Most people are aware of solar photovoltaics that generate electricity and solar panels that produce hot water. But there is another thrust of solar research: turning sunlight into liquid fuels.

Research in solar-derived liquid fuels, or solar fuels, aims to make a range of products that are compatible with our energy infrastructure today, such as gasoline, jet fuel and hydrogen. The goal is to store sunlight in liquid form, conveniently overcoming the transient nature of sunlight. I am among the growing number of researchers focused on this field.

How can this be done? And what scientific challenges remain before one can fill up a car on solar-generated fuel?

The production of solar fuels is particularly attractive because it addresses both the conversion and storage problem endemic to sunlight; namely, the sun is available for only one-third of the day. This is a distinct advantage compared to other solar conversion technologies. Solar photovoltaic panels, for instance, must be coupled to a complex distribution and storage network, such as batteries, when production of electric power doesn’t equal demand.

The term “solar fuel” is a bit of a misnomer. In fact, all fossil fuels are technically solar-derived. Solar energy drives photosynthesis to form plant matter through the reaction of carbon dioxide (CO2) and water (H2O) and, over millions of years, the decay of plant matter creates the hydrocarbons we use to power our society.

The downside of this process is that nature’s efficiency at producing hydrocarbons is excruciatingly low, and humankind’s hunger for energy has never been greater. The result is that the current rate of fossil fuel consumption is much larger than the rate they are produced by nature alone, which provides the motivation to increase nature’s efficiencies and speed up the process of solar fuel production through artificial means.

This is the true meaning of “solar fuel” as it is used today, but the ultimate goal is the same: namely, the conversion of solar energy, CO2 and H2O to chemical forms such as gasoline.

The first step in creating manmade solar fuels is to break down CO2 and/or H2O molecules, often to carbon monoxide (CO) or carbon and hydrogen (H2). This is no easy feat, as both of these molecules are very stable (H2 does not form spontaneously from H2O!) and therefore this step requires a substantial amount of energy supplied from sunlight, either directly in the form of photons or indirectly as electricity or heat.

This step is often the most crucial component of the process and represents the greatest roadblock to commercialization of solar fuel technologies today, as it largely defines the efficiency of the overall fuel production process and therefore the cost.

Downstream of this step, the resulting molecules – in this case, a mixture of CO and hydrogen called synthesis gas – may be converted through a variety of existing technologies depending on the final product desired. This step of converting hydrocarbon gases to liquid form is already performed at an industrial scale, thanks to large corporations such as Shell Global Solutions and Sasol that use these technologies to leverage the low cost of today’s natural gas to make more valuable liquid fuels.

Recently, a European Union-sponsored project called SOLAR-JET (Solar chemical reactor demonstration and Optimization for Long-term Availability of Renewable JET fuel) demonstrated the first-ever conversion of solar energy to jet fuel, or kerosene. Researchers coupled the solar-driven production of synthesis gas, also called syngas, from CO2 and H2O with a downstream gas-to-liquids reactor – in this case a Fischer-Tropsch reactor at Shell’s Headquarters in Amsterdam.

The production of liquid fuels is especially important for the aviation industry that relies on energy-dense fuels and represents another important advantage of solar fuel production compared to solar electricity.

The SOLAR-JET project, which I worked on with several other researchers, utilized a process called solar thermochemical fuel production, in which solar energy is concentrated using optics – mirrors and lenses – much the way a magnifying glass can start a fire. The resulting heat is then absorbed in a chamber that acts as a chemical reactor. The absorbed heat is then used to dissociate H2O and/or CO2 through a catalytic-type process – one of the most technically challenging steps for all solar fuel conversion processes. The resulting products (hydrogen or synthesis gas) can then be captured and further converted to liquid fuels downstream.

There are numerous other strategies to drive these reactions needed for the first step of solar fuel production, including those that utilize light – photons – directly or indirectly in the form of electricity.

For example, so-called artificial photosynthesis utilizes photons directly in a catalytic process, rather than absorbing them as heat, to break down H2O and CO2 molecules.

Electrochemical approaches utilize electricity that could be generated from a photovoltaic cell to drive the separation of H2O and CO2 through a process known as electrolysis.

To date, the key barriers to commercialization of all of these technologies are primarily related to their low efficiencies – that is related to the amount of energy needed to produce a liquid fuel – and overall robustness. For example, the efficiency of the SOLAR-JET thermochemical conversion project discussed above is still less than 2%, but for this technology to become commercially viable, efficiencies greater than 10% will need to be achieved.

A team working at the University of Florida funded by research agency ARPA-E is working toward these efficiency goals using another thermochemical process that uses optics to generate heat. Yet robustness because of extreme temperatures (greater than 1200 Celsius or over 2000 Farenheit) is still a major concern that is being addressed.

Furthermore, for solar fuel production to truly reduce greenhouse gas levels, it must be coupled with methods to capture CO2 from the air. This is still a relatively immature technology, but companies such as Climeworks are working to make this a reality.

Add in the complexity of integrating a temporally varying energy input (the sun) with a chemical reactor and the overall scope of the challenge can appear large. Nevertheless, advances are being made daily that give hope that solar fuels at higher efficiencies will soon be a reality.

Jonathan Scheffe is Associate Professor Department of Mechanical and Aerospace Enginering at University of Florida. This article was originally published on The Conversation. Read the original article.