London, May 18, 2015 – Ships trading in the Polar Regions will have to comply with strict safety and environmental provisions specific to the harsh conditions in the Arctic and Antarctic.

These regulatory changes are part of the environmental International Code for ships operating in polar waters (Polar Code) and associated amendments to MARPOL (the International Convention for the Prevention of Pollution from Ships).

The vote to make the Polar Code mandatory was taken by the Marine Environment Protection Committee (MEPC) of the International Maritime Organization (IMO) meeting this past week in London.

The Committee also adopted amendments related to tanks for oil residues; designated an extension to the Great Barrier Reef and Torres Strait Particularly Sensitive Sea Area (PSSA); and furthered its work on implementation of air pollution and energy efficiency measures and the Ballast Water Management Convention. 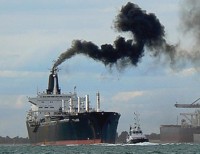 But while the Committee considered a submission from the Marshall Islands, calling for a quantifiable reduction target for greenhouse gas emissions from international shipping, it took the view that the priority at this stage should be to continue its current work, in particular the finalization of a mechanism for the collection of data to accurately measure emissions from ships.

Member States acknowledged the importance of the issues raised by the Marshall Islands and also recognized that, despite the measures already taken by the Organization regarding the reduction of emissions from ships, more could be done. However, the Committee opted to consider the proposal further after the UN climate change conference (COP 21) meeting in Paris later this year.

Other Decisions by MEPC

Black carbon definition agreed – The MEPC agreed a definition for Black Carbon emissions from international shipping, based on the “Bond et al.”  definition which describes Black Carbon as a distinct type of carbonaceous material, formed only in flames during combustion of carbon-based fuel, distinguishable from other forms of carbon and carbon compounds contained in atmospheric aerosol because of its unique physical properties.

Ship recycling convention – revision of IHM Guidelines – The MEPC adopted the 2015 Guidelines for the development of the Inventory of Hazardous Materials (IHM), The IHM is required under the Hong Kong International Convention for the Safe and Environmentally Sound Recycling of Ships, 2009 (the treaty is not yet in force).

IMO – the International Maritime Organization – is the United Nations specialized agency with responsibility for the safety and security of shipping and the prevention of marine pollution by ships. Web site: www.imo.org