London (1 December 2016) – Companies could unlock US$3.7 trillion a year in cities with an annual investment of US$2.5 trillion in sustainable business models by 2030.

This could also lead to more than 170 million jobs, according to a new report, Valuing the SDG Prize in Cities, from the Business and Sustainable Development Commission. The release of the report coincides with the C40 Mayors Summit in Mexico City (30 November to 2 December).

Of the 170 million jobs the report estimates could be created by 2030, 85% could be in developing countries, including 32 million in Africa and around 96 million in Asia.

The report further breaks down job creation potential in Asia to 49 million in China, 22 million in India, and the remaining 26 million spread across developing Asia. There could also be an additional 11 million new jobs in Latin America.

“The world’s urban population is forecast to grow by almost 1.4 million people—equivalent to the population of Stockholm—each week for the next two decades. It is therefore critical that business and government work to strengthen the urban infrastructure and services needed to meet the demands of growing communities,” said Lord Mark Malloch-Brown, Chair of the Business and Sustainable Development Commission. 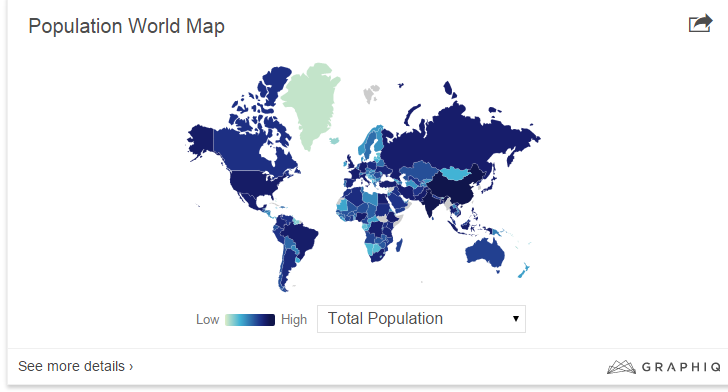 “This report shows there are clear economic incentives for companies working in urban spaces to seize upon sustainability as a compelling growth opportunity.”

The authors caution that the annual investments needed to open these market opportunities must be scaled up significantly, requiring an estimated US$2.5 trillion a year to unlock these opportunities by 2030.

Given that current annual global expenditure on major infrastructure (excluding energy) is only $2.2 trillion, they argue that meeting the capital demands will be a major challenge.

The report looks at how urban-focussed businesses can experience growth by pursuing sustainable and inclusive business models aligned with the Sustainable Development Goals (SDGs), or Global Goals.

Launched in 2015, the SDGs are 17 time-bound targets for ending poverty and hunger, reducing inequality and tackling urgent challenges such as climate change, by 2030.

The research shows that more than half of the value of the identified opportunities is concentrated in developing countries, reflecting both their share of urban population growth and the larger capacity for improvement in urban infrastructure.

Across regions, the biggest business opportunity in Asia, Africa and Latin America is increasing the supply of affordable housing. In the United States, Canada and Europe, the largest opportunity is improving the energy efficiency of buildings.

To open these opportunities, companies will need to operationalise sustainability across their supply chains and internalise social and environmental costs.

Unlocking social, environmental and economic rewards in cities will require closer collaboration among business, government and society, and new ways of working together to advance common objectives.

If the private sector can put these prerequisites in place, the social benefits, including economic development, access to housing, waste reduction and better health and well-being, could be significant. Investment in affordable housing, for example, could expand the housing stock, upgrade slums and provide approximately 1.6 billion people with adequate and safe housing, the report finds. Public transport and electric vehicles could reduce ambient air pollution, which resulted in 2.9 million deaths in 2013, most of them in cities.

“Urbanisation is a crucial driver of economic growth. In fact, no country has ever climbed from low-income to middle-income status without a significant population shift into cities. However, if the process is done poorly, there are real risks to not just the environment, but congestion, inclusiveness, and health,” said Dr. Fraser Thompson, Director, AlphaBeta, which conducted the research for the Business Commission.

“This study is the first attempt to show what a sustainable development pathway for cities linked to the SDGs could look like, and the potential business opportunities that could emerge.”

Valuing the SDG Prize in Cities is part of a larger body of research that quantifies the value of business opportunities across four key systems, including food and agriculture (report released in October 2016), health and well-being, and energy and materials.

The findings for these systems will be revealed in the Business Commission’s flagship report, to be launched in January 2017. The report will show how the Sustainable Development Goals (SDGs) —17 objectives to end poverty, reduce inequality and tackle climate change and other urgent challenges by 2030—provide the private sector with the framework for achieving sustainable and inclusive growth.

The report will also cover the new business models and financing required to open these opportunities, and will include key action points for the private sector to take the findings forward and accelerate.