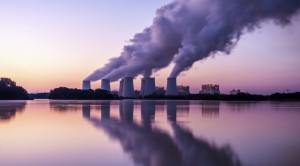 LONDON, 4 December, 2016 ­­−With the US seen as likely to backtrack on climate change commitments when Donald Trump takes office as President, China is fast emerging as a frontrunner in the battle against global warming.

A planned nationwide carbon trading scheme set to be put in place in 2017 is likely to be more than twice the size of European Union’s Emissions Trading System (ETS), which is currently the world biggest carbon market.

Carbon trading is the system of buying and selling credits tied to the emission of greenhouse gases (GHGs).

The theory behind it is that as regulations on emissions are tightened, the price of credits will rise, discouraging power companies and other industrial concerns from pumping climate-changing GHG emissions into the atmosphere.

At present, the ETS scheme – which accounts for about 80% of the global carbon market − trades the equivalent of about two billion tonnes of carbon-related allowances each year. But China’s trading system, when it becomes fully operational, is likely to trade between three and five billion tonnes per year.

China is both the world’s largest emitter of GHG emissions and the biggest energy consumer. Putting in place a carbon trading scheme was an important element in the country’s pledges made under the terms of last year’s Paris Agreement on climate change.

The development of a carbon trading market also formed part of a bilateral agreement on climate change made between China and the US in late 2014.

The implementation of a nationwide carbon market is one ingredient in Beijing’s overall plan to reach peak emissions by 2030, and thereafter radically reduce output of GHGs. In order to meet its emissions reduction targets, China has been investing heavily in solar and wind power.

Carbon trading is also seen by Chinese officials as a way of tackling the country’s serious air pollution problems and related health issues, particularly evident in major cities such as Beijing and Wuhan.

“ Carbon trading has a mixed history. The ETS system
in Europe has failed to establish carbon prices that
properly reflect the environmental damage caused
by CO2 and other GHGs ”

In recent years, China has been running a number of pilot carbon trading systems in cities and provinces, mostly in the country’s industrialised eastern region. Since 2013, the cities of Beijing, Shanghai, Tianjin, Shenzhen and Guangzhou have been involved in carbon trading, as have the provinces of Guangdong and Hubei.

The country’s powerful National Development and Reform Commission says more than 7,000 companies – many of them giant, state-controlled enterprises – accounting for about 50% of China’s total GHG emissions are to be included in the scheme.

Carbon trading has a mixed history. The ETS system in Europe, which started operating in 2005, has failed to establish carbon prices that properly reflect the environmental damage caused by CO2 and other GHGs.

A mismanaged system of granting carbon allowances, and a lack of proper monitoring, are among the main reasons cited by analysts for the poor performance of the ETS.

There are fears that China’s system could suffer similar problems. Analysts point out that running an efficient carbon trading scheme is reliant on the supply of full and accurate data, which is often lacking in China’s heavily-politicised and often secretive industrial system.

Many companies and locally-based officials might also lack the expertise to monitor emissions accurately.

More generally, analysts say that although central government sees carbon trading as a central part of its plan to tackle climate change, powerful regional officials could sabotage the system by granting favours to local industries.

China’s plans to reduce GHGs are under pressure from various quarters. A new report by Climate Tracker, a UK-based thinktank that analyses climate-related developments in the energy sector, points out that despite large-scale GHG reduction plans, massive investments are still being made in China’s coal industry.

Their report warns that investments of billions of dollars could be lost, with serious consequences for China’s financial system. – Climate News Network