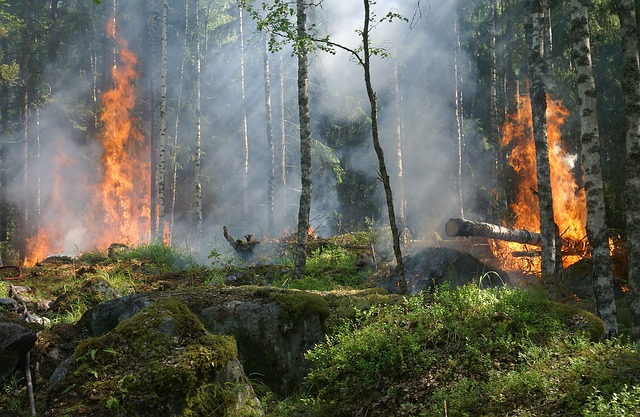 LONDON, 4 October, 2017 – Climate’s auditors – those carbon accountants who calculate how much fossil fuel may be burned before the planet warms to dangerous levels – might have to go back to the books and start again.

One team of US scientists suggests that the assumptions about the role of the forests could be wrong: overall, tropical forests in this century have released more carbon dioxide into the atmosphere than they absorb, they conclude.

And a second, entirely separate, study backed by US data suggests that emissions of that other greenhouse gas, methane, are at least 11% higher than estimated in 2006. So calculations based on the balance between energy use by industry and society, and the role of the land in mitigating or enhancing climate change must be re-examined.

The news comes hard on the heels of a study that suggests that, in carbon budget terms, it could be possible to contain global warming to the level “well below 2°C” above pre-industrial levels, agreed at the Paris Summit by almost 200 nations in 2015, provided nations immediately start reducing fossil fuel use to zero within 40 years.

All three studies are a reminder that climate science is necessarily uncertain, and forecasts of atmospheric conditions 30 or 80 years from now are even more tentative.

And these things are happening because more carbon dioxide and other greenhouse gases go into the atmosphere than are taken out of it. The planet’s forests – and in particular the tropical forests – have played a huge role in the reckoning of the carbon budget. Trees grow by using photosynthesis to drawn carbon dioxide from the air, and they use the carbon to build wood, foliage and fruit, and return oxygen to the atmosphere.

So the presumption has been that forests of Central America and the Amazon absorb at least some of the CO2 emitted from factory chimneys and car exhausts.

“If we’re to keep global temperatures from
rising to dangerous levels, we need to drastically
reduce emissions and greatly increase forests’
ability to absorb and store carbon”

But researchers report in Science journal that, using satellite imagery and field measurements, they analysed the carbon density of living, woody vegetation across tropical Africa, America and Asia for the decade between 2003 and 2014. On every continent, the “above ground” losses of carbon exceeded gains with the greatest losses occurring in the American tropics. Most of the losses were due to the felling and clearing of forests for plantation and ranching.

“These findings provide the world with a wakeup call on forests,” says Alessandro Baccini of the Woods Hole Research Centre in Massachusetts, who led the study.

“If we’re to keep global temperatures from rising to dangerous levels, we need to drastically reduce emissions and greatly increase forests’ ability to absorb and store carbon. Forests are the only carbon capture and storage ‘technology’ we have in our grasp that is safe, proven, inexpensive, immediately available at scale, and capable of providing beneficial ripple effects – from regulating rainfall patterns to providing livelihoods to indigenous communities.”

A second team report in Carbon Balance and Management journal that estimates of the carbon emissions from livestock – mostly methane from enteric fermentation in dairy cows and other cattle – have been underestimated. They checked global livestock emissions for 2011 to find these were 11% higher than estimates available to the Intergovernmental Panel on Climate Change in 2006. The increase also comes from more extensive manure management on farmland.

“In many regions of the world, livestock numbers are changing, and breeding has resulted in larger animals with higher intakes of food. This, along with changes in livestock management, can lead to higher methane emissions,” says Julie Wolff of the US Department of Agriculture, the senior author.

“Methane is an important moderator of the Earth’s atmospheric temperature. It has about four times the atmospheric warming potential of carbon dioxide.”

Professor Bill Collins of the University of Reading, in the UK, commented: “If this study is right it will be harder to achieve the Paris climate goals. Agriculture is the biggest single source of methane human activity contributes to the atmosphere, making up more than a third of the total ‘manmade’ methane emissions.”
– Climate News Network

A Bright Future for Solar Energy

Energy Efficiency – Generating more value from the energy we use