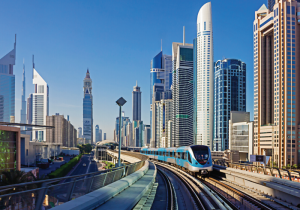 CHARLOTTESVILLE, VA, November 14, 2016 – William McDonough, founder of William McDonough + Partners and McDonough Innovation and co-author of the seminal text of the sustainability movement Cradle to Cradle: Remaking the Way We Make Things, has proposed a new language of carbon that was published today in the scientific journal Nature.

The new language recognizes the element carbon not as the enemy, and defines a paradigm for carbon to be used safely, productively and profitably. McDonough will be presenting the new language tomorrow in Marrakech at Emerson Collective’s Elemental Dofest | Fête D’Action, a COP22 affiliated event.

“Climate change is the result of breakdowns in the carbon cycle caused by us: it is a design failure,” said McDonough.

“Anthropogenic greenhouse gases in the atmosphere make airborne carbon a material in the wrong place, at the wrong dose and wrong duration. It is we who have made carbon a toxin—like lead in our drinking water. In the right place, carbon is a resource and tool.”

The world’s current carbon strategy aims to promote a goal of zero. Predominant language currently includes words such as “low carbon,” “zero carbon,” “negative carbon,” and even a “war on carbon.”

To show progress, according to McDonough, the design world needs values-based language that reflects a safe, healthy and just world.

In this new paradigm, by building urban food systems and cultivating closed-loop flows of carbon nutrients, carbon can be recognized as an asset rather than a toxin, and the life-giving carbon cycle can become a model for human designs.

“As when he shifted the world’s thinking to how a circular economy is intelligent, economic and just; as when he and his colleagues redefined material science, design and commerce with Cradle to Cradle, William McDonough is once again lighting our path with the most innovative design thinking on the environment at a critical moment in time,” said Andy Karsner, Managing Director, Emerson Collective.

“How fortunate for us all that William is bursting forth with a new lodestar and direction to guide us to design the world our children deserve.”

Aspirational and clear, the new language signals positive intentions, leading us to do more good rather than simply less bad. It identifies three categories of carbon:

Working carbon is a subset of all three categories and defined as a material being put to human use. For example, working living carbon is cultivated in agricultural systems. Working durable carbon is recycled, reused and reprocessed in circular technical systems; and working fugitive carbon includes fossil fuels used for power.

Offering an inspiring model for climate action begins with changing the way we talk about carbon. McDonough’s goal is for all to embrace this new language and work toward a Carbon Positive design framework; and in doing so we may together support a delightfully diverse, safe, healthy and just world—with clean air, soil, water and energy—that is economical, equitable, ecological, and elegantly enjoyed.

An architect who has been leading the sustainable development movement for over 30 years, William McDonough recently launched his concept for the Carbon Positive City, which brings his new language for carbon into a tangible design framework.

The Carbon Positive City integrates agriculture, regenerative land management practices and urban design at a regional and international scale. It recognizes both local and distant effects of cities and envisions a holistic, synergistic system to transform fugitive carbon into durable carbon, such as plastics and building materials, as well as into living carbon, such as healthy soils, gardens, crops and landscapes. 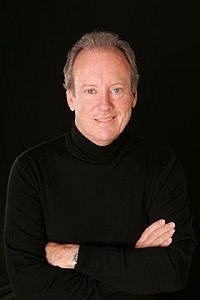 Winner of the National Design Award, William McDonough, FAIA, Int. FRIBA, is an internationally recognized architect, designer, sustainable growth pioneer, and business strategist. He works at scales from the global to the molecular. Time magazine recognized him in 1999 as “Hero for the Planet,” noting that “his utopianism is grounded in a unified philosophy that—in demonstrable and practical ways—is changing the design of the world.” For more than four decades, McDonough has defined the principles of the sustainability movement (through McDonough Innovation, William McDonough + Partners, and MBDC). He has created the movement’s seminal buildings, products, and writings. He was the inaugural chair of the World Economic Forum’s Meta-Council on the Circular Economy. McDonough is co-creator of the Cradle to Cradle® design framework.

Carbon removal is not enough to save climate