MARRAKESH, November 14, 2016 -”The impact of extreme natural disasters is equivalent to a global $520 billion loss in annual consumption, and forces some 26 million people into poverty each year, a new report from the World Bank and the Global Facility for Disaster Reduction and Recovery (GFDRR) reveals.

Eforts to reduce poverty and disaster risks are complementary

The report, Unbreakable: Building the Resilience of the Poor in the Face of Natural Disasters, warns that the combined human and economic impacts of extreme weather on poverty are far more devastating than previously understood. 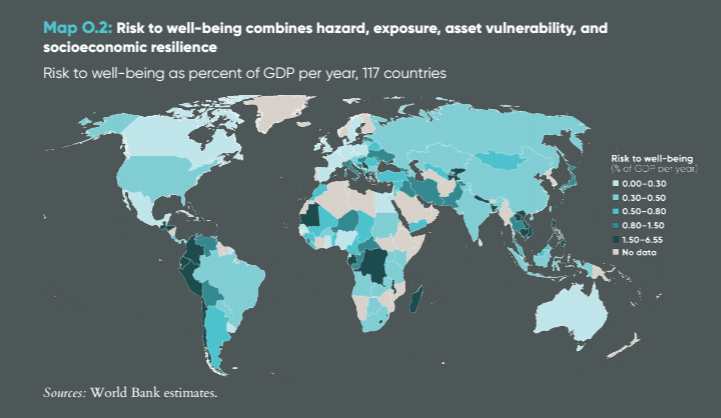 In all of the 117 countries studied, the effect on well-being, measured in terms of lost consumption, is found to be larger than asset losses. Because disaster losses disproportionately affect poor people, who have a limited ability to cope with them, the report estimates that impact on well-being in these countries is equivalent to consumption losses of about $520 billion a year. This outstrips all other estimates by as much as 60 per cent.

With the climate summit, COP22, underway, the reportâ’s findings underscore the urgency for climate-smart policies that better protect the most vulnerable. Poor people are typically more exposed to natural hazards, losing more as a share of their wealth and are often unable to draw on support from family, friends, financial systems, or governments. 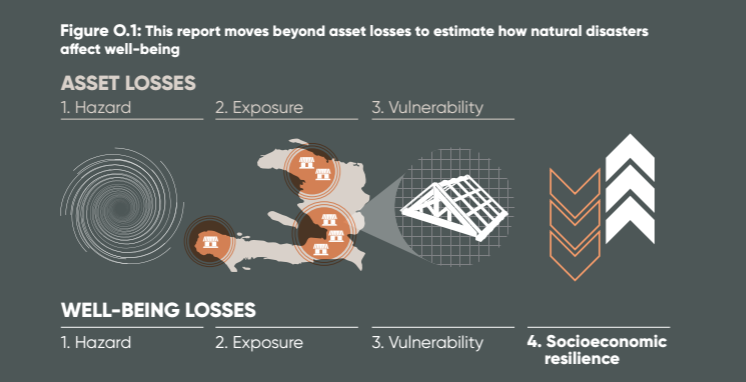 Unbreakable uses a new method of measuring disaster damages, factoring in the unequal burden of natural disasters on the poor. Myanmar’s 2008 Cyclone Nargis, for example, forced up to half of the country’s poor farmers to sell off assets including land, to relieve the debt burden following the cyclone. Economic and social repercussions of Nargis will be felt for generations.

The report assesses, for the first time, the benefits of resilience-building interventions in the countries studied. These include early warning systems, improved access to personal banking, insurance policies, and social protection systems (like cash transfers and public works programs) that could help people better respond to and recover from shocks.

It finds that these measures combined would help countries and communities save $100 billion a year and reduce the overall impact of disasters on well-being by 20 percent.

“Countries are enduring a growing number of unexpected shocks as a result of climate change,” said Stephane Hallegatte, a GFDRR lead economist, who led preparation of the report. “Poor people need social and financial protection from disasters that cannot be avoided. With risk policies in place that we know to be effective, we have the opportunity to prevent millions of people from falling into poverty.”

Efforts to build poor people’s resilience are already gaining ground, the report shows. For example, Kenya’s social protection system provided additional resources to vulnerable farmers well before the 2015 drought, helping them prepare for and mitigate its impacts. And in Pakistan, after record-breaking floods in 2010, the government created a rapid-response cash grant program that supported recovery efforts of an estimated 8 million people, lifting many from near-certain poverty.