WASHINGTON, September 20, 2015 – Drawing on experiences with carbon pricing initiatives around the world, new research lays out principles for governments and businesses to develop successful and cost-effective schemes to put a price on social costs of greenhouse gas emissions.

The research by the World Bank Group, the Organisation for Economic Co-operation (OECD), with input from the International Monetary Fund, says that well designed carbon pricing schemes are a powerful and flexible tool that can cut emissions causing climate change.

At the same time, a new World Bank Group report, State and Trends of Carbon Pricing 2015, shows the number of implemented or planned carbon pricing schemes around the world has almost doubled since 2012, and is now worth about $50 billion.

“We must design the best ways to price carbon in order to help cut pollution, improve people’s health, and provide governments with a pool of funds to drive investment in a cleaner future and to protect poor people.”

“With COP21 fast approaching, the need for meaningful carbon policies is more important than ever. Carbon pricing is central to the quest for a cost-effective transition towards zero net emissions in the second half of the century. These principles will help governments to incorporate carbon pricing as a key part of their policy toolkit,” said Angel GurrÃ­a, Secretary-General of the OECD.

“Carbon pricing is effective in reducing emissions that cause climate change, is straightforward to administer, can raise valuable revenues for broader fiscal reforms, and can help address local pollution as well as global climate change.

We welcome the opportunity to continue collaborating with the World Bank, OECD, and others on this critical policy tool,” said Christine Lagarde, Managing Director of the International Monetary Fund.

The research lays out six key principles to put a price on carbon, called the FASTER principles. It says they should be fair; aligned with other policies to ensure a level playing field for low carbon alternatives; stable and predictable, transparent, efficient and cost-effective and reliable to achieve a measurable reduction in greenhouse gas emissions.

The report synthesizes the approaches used so far to develop these principles and emerging lessons learned from practical experience and literature. And it says the ambition and coverage of pricing needs to accelerate significantly for the world to meet international climate goals at least cost.

The State and Trends Carbon Pricing 2015 report shows that about 40 nations and 23 cities, states or regions are using a carbon price. This represents the equivalent of about 7 billion tons of carbon dioxide, or 12 percent of annual global greenhouse gas emissions.

The report also finds, on available research, that to date carbon leakage – a phenomenon where industry moves to another jurisdiction where emissions costs are lower – has not materialized on any significant scale. It says the risk is limited to few exposed sectors and can be successfully mitigated with smart policies.

It says cooperation between countries, compared to domestic action alone, could significantly lower the cost of achieving a 2°C goal, as countries have more flexibility in choosing who undertakes emission reductions, and who pays for them. This cooperation can result in up to $400 billion by 2030 and up to $2.2 trillion by 2050 in net annual flows of financial resources.

Both publications stress that putting a price on carbon can trigger investment decisions and changes in peoples’ behavior to support the long-term goal of stabilizing earth’s climate at a safe level. A price on carbon can help shift the burden for the damage to those who are responsible for it and who can reduce it

To read more about the FASTER Principles please visit http://www.carbonpricingleadership.org/ 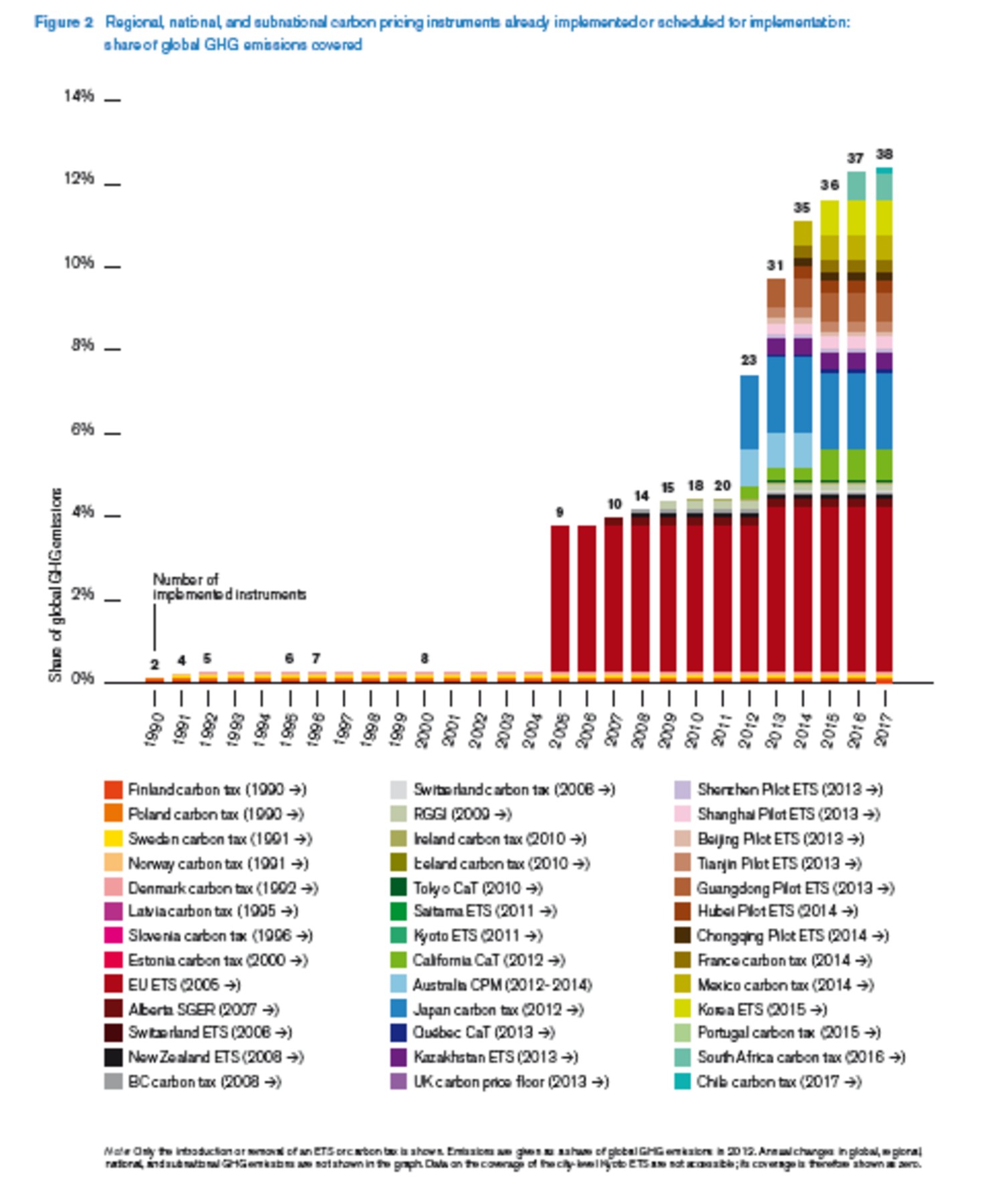