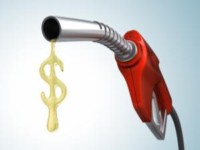 These subsidies drastically undercut the goal of the pan-Canadian carbon price that Prime Minister Justin Trudeau will introduce in 2018. Unless these subsidies are eliminated, more money will flow annually from government to oil and gas companies in Canada than the money collected through carbon pricing between now and 2020.

“This system is like taxing consumers when they buy cigarettes while giving massive tax breaks to tobacco companies that encourage them to produce more cigarettes. It doesn’t make sense,” said Alex Doukas of Oil Change International.

“Unless Canada phases out massive subsidies to oil and gas companies, Trudeau’s carbon price will do little to encourage polluters to cut carbon emissions,” said Dale Marshall of Environmental Defence. “The three billion dollars in annual subsidies could be put to much better use by investing in climate action, healthcare, or other initiatives.”

Canada and other G20 countries committed to phasing out fossil fuel subsidies back in 2009. This commitment was reiterated by Prime Minister Trudeau at the G7 meeting last March and through a commitment in Finance Minister Bill Morneau’s mandate letter.

“In light of Minister McKenna’s participation in the Carbon Pricing Leadership Coalition at the COP22 meeting in Marrakech, we take the opportunity to remind Canada that leadership requires coherent fiscal policies” stated Annie Bérubé, Director of Government Relations at Équiterre.

“Finance Minister Bill Morneau must announce a predictable phase-out of all remaining preferential tax treatment to the oil and gas sector starting in Budget 2017.”

Environmental Defence, Oil Change International, Équiterre, and Climate Action Network Canada, who released today’s study, urge the Canadian government to finally complete the phase-out of all federal subsidies to oil and gas producers by 2020, not 2025 as currently planned.

Find the study in English and French here.