June 15, 2015 — As the global climate crisis deepens, and political attention to climate increases in the run up to the Paris Climate summit in December, Global Wind Day celebrates the fact that more and more companies are turning to clean, reliable and cost-effective wind energy to power their businesses.

Global Wind Day is a worldwide event that occurs annually on 15 June. It is a day for discovering wind energy, its power and the possibilities it holds to reshape our energy systems, decarbonize our economies and boost jobs and growth.

Wind energy has become fully mainstream and is today one of the fastest growing industrial sectors in the world, attracting $100 billion in investment in 2014. This shows that wind power doesn’t only make sense environmentally and socially, but it is also cost-competitive. Onshore wind power is now cheaper than conventional energy sources in an expanding number of markets worldwide. 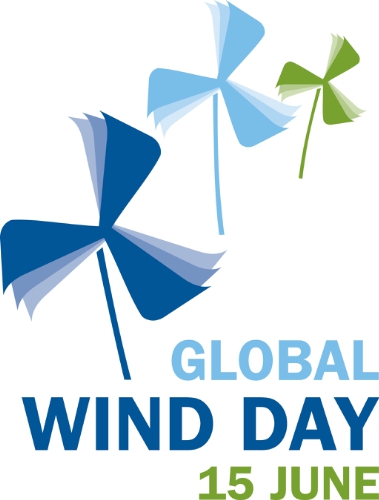 “Climate change is happening faster than expected, but so is the transition to renewable energy. As businesses become increasingly aware of the progress in technology and falling costs we are seeing a rapid change in investment patterns,” said Steve Sawyer, Secretary General of the Global Wind Energy Council.

“Companies like IKEA pave the way for a fossil free future and give an important example for others to follow,” Sawyer concluded.

This year Global Wind Day is organised in coordination with SolutionWind, a global awareness campaign to highlight the unique relevance of the wind industry ahead of COP21 climate negotiations in Paris at the end of the year.

As Global Wind Day celebrations take place around the globe the Canadian Wind Energy Association (CanWEA) has announced that Canada’s wind energy industry has taken another significant leap forward. With the commissioning of the K2 Wind Power Project in southwestern Ontario this month, Canada has now become the 7th country in the world to surpass 10,000 MW of installed wind energy capacity.

“Meeting the 10,000 MW milestone confirms that Canada is a global leader in wind energy development,” says Robert Hornung, CanWEA President. “Wind energy’s cost competitiveness, coupled with the fact that it produces no greenhouse gas emissions, means it is well positioned to continue its rapid growth as a mainstream contributor to Canada’s electricity supply.”

“As concerns about global climate change grow, wind energy will also need to play a critical role in Canada’s transition to a more flexible and decentralized low carbon electricity system.