BREAKING NEWS
World Energy Outlook 2021
6 Sustainable Lifestyle Changes That Make a Big Impact
What will the Infrastructure Act mean for State Environmental Policies
Here’s How to Build a Successful Renewable Energy Supply Chain
Why Sustainable Cities Are So Attractive to Home Buyers
What Are the Benefits of a Solar-Powered Home?
How Businesses Can Avoid Greenwashing Their Sustainability Goals
Global Warming and Forest Management – Is There a Disconnect?
How Will 5G Upgrade Smart Cities Around the World?
The Pathway to Resilience and Carbon Neutrality

The first three months of 2015 (Q1) have seen 44 green bond deals totalling $7.2bn of issuance. After relatively low issuance in January the amount of green bonds issued has been climbing each month, with March three times bigger than January. This year will be the biggest year ever for green bonds: there’s a healthy pipeline of bonds in the works and we expect Q3 and Q4 in particular to be strong in the lead up to the UN COP.

From a slow Q1 2015 start green bond issuance is climbing To grow a deep and liquid green bond market we need to not only scale issuance but we also need diversification of currency and ratings. This was starting to show in Q1 with 11 different currencies and ratings ranging from AAA to B-.

The big story in Q1 was the growing interest in green bonds in emerging markets shown by the increasing commentary on potential green bonds from the Middle East, China and South Asia. However, it was India who made the headlines, with the first Indian green bond issued in February.

Finally, if you think the role of the development banks in the green bonds is petering out, think again! In addition to contributing with benchmark issuances, many are increasingly supporting the green bond market through more specialised issuances in different currencies and structures, as well as on the investment side of the market.

Low-carbon and climate resilient finance needs to grow fast in emerging markets with huge levels of investment required by 2050. The good news is that green bonds offer a potential solution. We had thought that China would be first of the largest emerging economies to enter the green bond market, but India beat them to the punch with a corporate green bond from Yes Bank. The INR 10bn ($161.5m) bond will finance renewable energy projects.

Hot on the heels of Yes Bank was the Export Import Bank of India, with a larger $500m green bond. The bond will finance renewable energy and low carbon transport projects – although not in India, but in neighbouring Bangladesh and Sri Lanka.

Policy support for the low-carbon transition may have been influential in encouraging these Indian green bonds: India has a target of creating 165 gigawatts of new renewables by 2022. According to Yes Bank, $70bn of debt investment is required to achieve this goal – meaning ample opportunities for green bonds! After some lobbying, the Indian government has become supportive of the use of green bonds as a tool to meet India’s green financing needs; they have apparently been asking India n Government agencies and development banks to start issuing green bonds. Expect to see more of green bonds out of India this year.

But let’s not forget about China. We now expect the first Chinese green bond mid-year, heralding a rush of green issuance.

Australian investors were also able to buy the KfW’s Kangaroo green bond in local Aussie dollars, which proved incredibly popular. Outside of the development banks, some corporates also appealed to local investors, such as the Wallenstam and Vasakronan green bonds in Swedish Kronor. Creating a deep and liquid green bond market requires currency diversity and in the past three months we’ve started to see that. 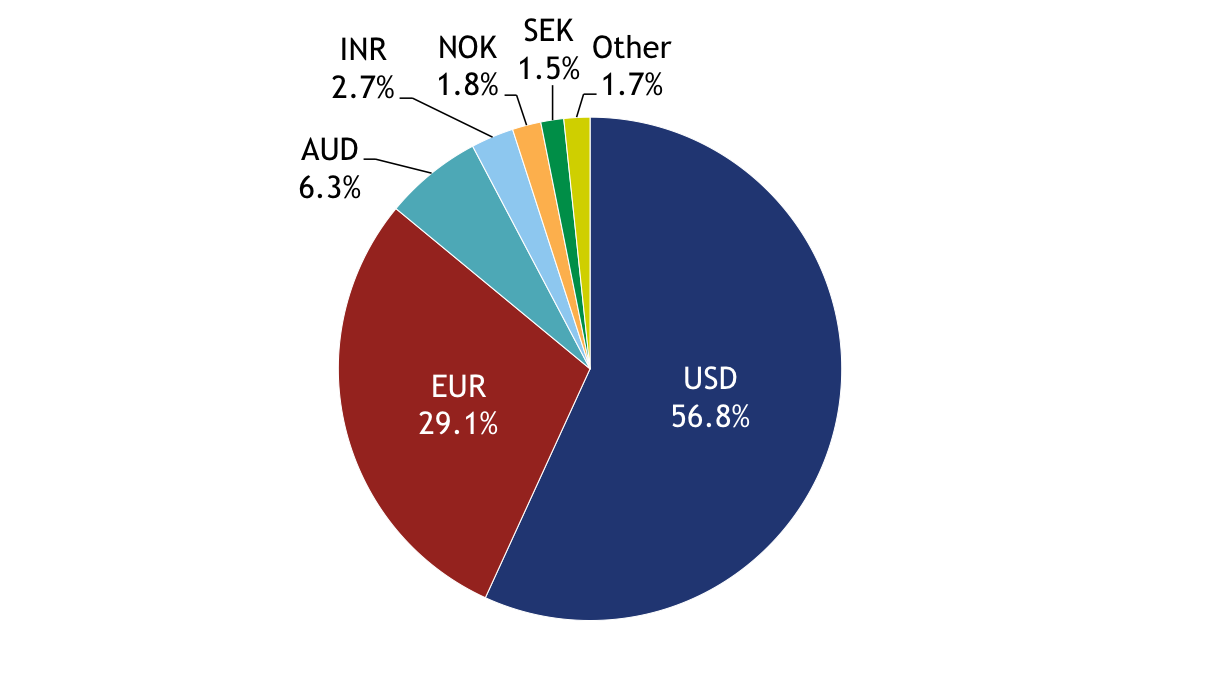 We’ve also seen more high-yield bonds in the market — another important indicator of depth. Two of the largest green bonds (Terraform’s and Paprec’s) in the first quarter were non-investment grade; and they came from different types of issuers, respectively a yieldco and a corporate. Four US states saw green bond issuance during Q1: Washington (Tacoma), Massachusetts, Arizona and Indiana. Proceeds from the green muni bonds are funding a wide range of projects, but are mainly centred on clean water and low-carbon buildings.

The State of Indiana joined Chicago and Iowa in issuing a green water bond; in fact, they did two separate green water bonds within a month. Now, the green credentials of a water bond can be a tricky subject: for example, if the investments funded involve long-term water infrastructure, has exposure to physical climate change impacts and the necessary adaptation measures been accounted for?

What is the energy intensity, and therefore emissions impact, of the water infrastructure (this can be very high)? Clean water provision that involves building infrastructure that ignores expected changes to rainfall patterns and intensity is frankly foolish – yet still all-too common. Ditto investments that rely on increased energy when other options are available, like demand management.

To be confident a water investment will deliver positive environmental benefits, investors need to have access to this kind of information. We saw an important recognition of this issue in the recent update of the Green Bond Principles when the water category was changed from ‘clean and drinking’ water to ‘sustainable’ water. Now we need more detailed criteria and an independent review model breaking into the green water municipal markets.

There’s also a growing trend amongst US universities to follow in the footsteps of MIT in refinancing their low-carbon buildings through green bond issuance. This quarter, both the University of Virginia and Arizona State University jumped on the bandwagon with a $97.7m and $182m issuance, respectively. Great news – but similar to the green muni water bonds, we‘d like to see an independent review of these bonds or at least a commitment to improve and report on the buildings’ energy efficiency during the tenor of the bonds.

US munis have tended to avoid independent review, and their dominance in Q1, along with some un-reviewed Indian issuance, has meant more than half the Q1 bonds were un-reviewed 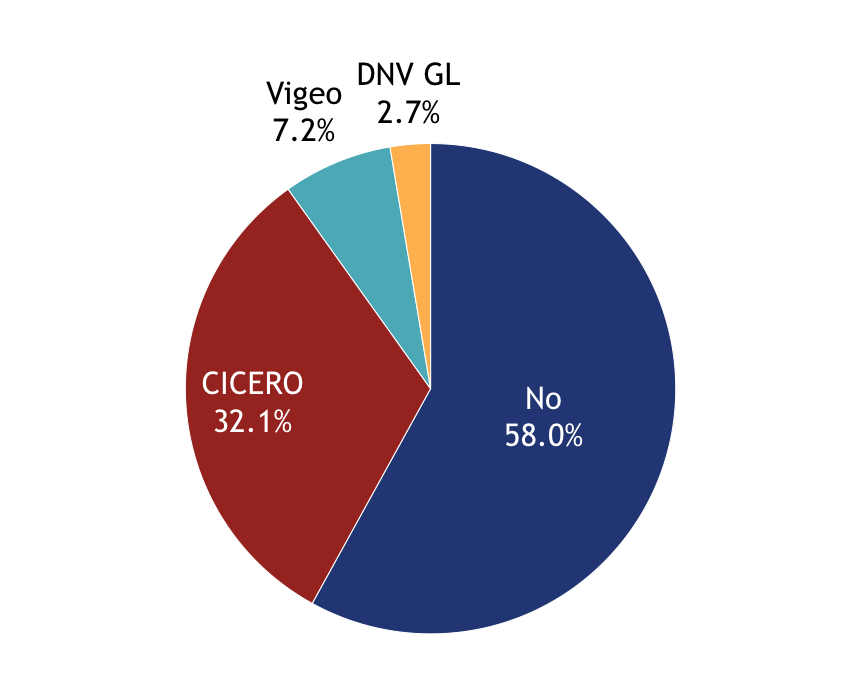 Development Banks: Playing from both sides by providing issuance and investment in green bonds, as well as pushing the envelope on reporting frameworks

Development banks have continued to hold their dominant market position in Q1 2015. They maintained a 46.2% share of total issuance – the same as their 2014 share. Development banks continue to be green bond pioneers, and are now finding ways to support the market other than simply issuing large USD denominated green bonds.

For example, this quarter KfW – already a repeat green bond issuer – announced it would also participate in the market on the asset side of the business and invest in a broad range of green bonds through a EUR 1bn green bond portfolio. Similarly, IFC, the private sector arm of the World Bank, supported emerging market issuance bycommitting $50m of cornerstone investment to India’s first gree n bond from Yes Bank. The development banks also continued to provide demonstration issuance and liquidity through benchmark-sized issuance. The World Bank issued both its largest-ever green bond of $600m and its longest dated green bond(40yr) in the same week, yet again proving its strength as a green bond powerhouse.

The development banks are pushing the envelope on green bond processes as well; for example, the EIB launchedan upgraded green bond impact report in late March.

Development bank reporting practices, however, are costly. Lower costs will be needed for the corporate green bond sector to grow, plus some levels of disclosure are difficult, such as when a bank is including in it’s green bond pool syndicated loans that are subject to confidentiality clauses in the syndication contracts. We believe that clear standards around green assets and around reporting methodologies, combined with audit-style certification, can keep the cost of verification suitably low while still providing confidence in the green credentials of a bond.

To provide an indication of the types of projects to be financed by the Q1 2015 crop of green bonds we split the proceeds of each issuance into the declared eligible green project categories and pooled together. On first glance it shows that renewable energy is the biggest proportion, with the top three biggest bonds of the quarter — Terraform Power Operating, World Bank and Vestas — all financing renewables. Green buildings and water are the second and third biggest categories, largely through US green munis. Transport appeared largely because the EXIM of India bond finances rail and bus transport as well as renewable energy.

Investor interest in green bonds remains high, even as they become more vocal on expectations of green

It’s no surprise to close followers of the green bond market that the investor appetite for green bonds has continued in Q1 2015.

This shows through in the upsizing of green bonds as a result of strong demand –the World Bank’s retail green bond in January, for example, was upsized from $15 to $91m; KfW’s kanga green bond intended to be AUD 300m ended up ballooning to AUD 600m; and Yes Bank doubled its green offering from INR 5bn to INR 10bn ($161.5m).

A more diverse set of investors are getting involved in the green bond market. There have been many public commitments over the quarter to invest in green bonds including €1bn from Deutsche Bank treasury – in addition to the mentioned EUR 1bn commitment from KfW.

Investors are also becoming more involved in structuring green bond products to fit their specific requirements. For example, the World Bank issued a green bond with longer tenor of 30year ($34m) specifically for Zurich Insurance, who wanted to match long-term liabilities with a green bond. Partnerships such as this will be important as demonstration issuances to show off green bonds in new markets.

Another development is the launch of an investor statement of expectations for the green bond market from a group of key green bond investors, brought together by Ceres Investor Network on Climate Risk. The investors’ main ask is for greater transparency and reporting, especially quantitative reporting where possible, on the green credentials and impacts of green bonds. So, interesting start to 2015 — slowish start but the market is now heating up, and growing both in size and diversity.
We expect strong growth in Q2 and we’re not the only ones expecting 2015 to be a big year:
In Q1 we have seen S&P forecasting $30bn of corporate issuance alone in 2015; SEB is predicting the total 2015 issuance to reach $70bn and Bloomberg’s Michael Liebreich said in New York last week they are expecting $80bn. The race is on!

More details on this Quarterly Update and on the Climate Bonds Initiative are available here.