GLOBE-Net, March 15. 2015 – The Government of Alberta has introduced new steps to reduce tailings ponds and to regulate the use of water from the Athabasca River for oil sands development activities.

A new Tailings Management Framework is focused on getting tailings ponds remediated faster and slowing tailings ponds growth.  The Alberta Energy Regulator’s directive 074, which is the current framework for tailings pond management, does not set timelines for the remediation of existing ponds.

Highlights of the tailings management framework

Covering an estimated 77 square kilometres in various locations in northern Alberta, the oil sands tailings ponds have become the touchstone of criticism of the oil industry’s disregard for the environment and a symbol of Canada’s alleged preference of energy over the environment.

Tailings pond management has been managed in large part by a now suspended Directive 74 supervised by the Alberta Energy Regulator (AER). First introduced in 2009, Directive 74 proved to be largely ineffective because of the oil industry’s inability to meet the targets set by the Directive, and due to a general lack of enforcement.

Last year Shell Canada said it would be “challenged” to meet tailings pond reduction goals that were reset in the spring of 2013 after it missed its original targets. In 2013 the oil sands regulator at that time, the Energy Resources Conservation Board, stepped back from its own rules choosing not to penalize those companies that missed the directive’s first set of deadlines.

Directive 74 was suspended last week by the Alberta Energy Regulator (AER). “The AER must conduct a thorough analysis of the new tailings management framework to determine its impacts on how we regulate oil sands tailings,” said AER President and CEO Jim Ellis. “The suspension of Directive 074 will ensure that we are not enforcing requirements that are no longer applicable as a result of new direction provided by the framework,” said Ellis. 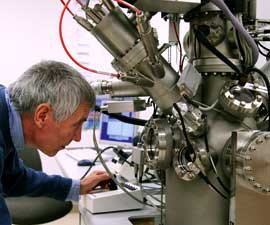 The development of new technology and funding for research will play a large part in reducing the impact of tailings in the future, notes the new Framework document.

“The direction for technology development and implementation highlights the need for collaboration, given that significant effort and expenditure are required to commercialize the most promising tailings treatment methods.”

That being said, the new Tailings Management Framework document suggests that new mechanisms need to be established to support the evaluation and validation of the performance of specific technologies and to link new regulatory approvals to the implementation of proven technologies.

That was the criticism Shell Canada president Lorraine Mitchelmore levelled against Directive 74 last year when she said the company was unlikely to meet its current regulated goal for a 50 per cent capture of fine particles in tailings by the end of 2015 at its Jackpine mine and by the end of 2016 at its Muskeg mine.

Quoted in a Calgary Herald article she said ““Directive 74, the intent of it, is bang on. We reclaim as we go and there’s a timeline for when you have full reclamation. The challenge we have is this is new technology. We are applying technology to almost meet a yearly plan. And that’s a challenge.”

Parker Hogan, a spokesman for Kyle Fawcett, Alberta’s Minister of Environment and Sustainable Resource Development, quoted in a Globe and Mail article said “…there is [tailings] technology that is being worked on that may produce some very positive results.”

“And certainly the discussions we’ve had with the sector and with their research group [Canada’s Oil Sands Innovation Alliance] show that the potential exists over the near term for them to be able to move forward on some of those new technologies, but we have to give them the opportunity to succeed,” he added.

Enforcement will be the key to success

“The framework’s objective is encouraging — but it will only be effective if matched with clear implementation and enforcement mechanisms,” said Erin Flanagan, analyst at the Pembina Institute in response to the Alberta announcement.

“The AER must set firm limits and hold industry to account for existing and future tailings waste,” said Flanagan.

In general the Pembina Institute says the Tailings Management Framework represents progress on a high-profile issue long mismanaged in Alberta’s oil sands by providing preliminary guidance on the need to reduce legacy tailings on the landscape.

The Institute was less enthusiastic about the new water management framework, which it says leaves the Athabasca River exposed to unacceptable levels of risk. 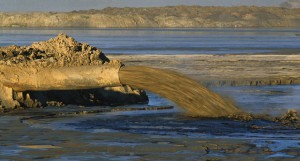 The long-overdue framework is intended to regulate water withdrawals by oil sands operators from the lower Athabasca River and achieves a number of objectives, but provides inadequate protection during the low-flow winter period, the river’s most sensitive time of the year, said the Institute in a press release.

Under the new Tailings Management Framework oil sands companies will be able to accumulate tailings for a discretionary 3-10-year period within range of a project-specific “End of Mine Life Target”.  After that they will be expected to maintain a constant tailings volume until the end of the mine’s life and within ten years after the mine’s closure, will have to reclaim the entirety of the tailings.

This allows companies to generate large volumes of toxic tailings over the lifetime of a mine, and gives a lengthy window of time before limiting tailings production and considerable time to fully clean up tailings after a mine closes. What constitutes a satisfactory ‘clean up’ still has to be clarified.

So too, enforcement provisions will have to be developed and implemented with more rigor than was the case with the previous Directive 74 regime.

Environmental Goods and Services in Canada on the rise