No going back now on climate action 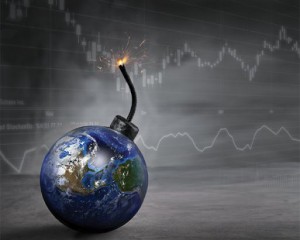 LONDON, 21 November, 2016 − The campaign-trail threats of US president-elect Donald Trump failed to de-rail the climate talks in Marrakech, Morocco, that ended last Friday with remarkable resolve from the 197 governments represented to continue trying to halt dangerous climate change.

Whatever the US does under President Trump, so many countries − particularly in the developing world − are already being so badly affected by global warming that it is now impossible for their governments to ignore the problem. Politicians know they will have to adapt to rising temperatures, droughts and higher seas levels to survive.

It was clear in Morocco that the whole balance of power and influence in the world is shifting, particularly as far as climate change is concerned.

China, which was a near-silent and passive watcher five years ago, has now taken a lead in combating climate change. The country takes warnings from its own scientists seriously and knows that the related problems of air pollution and climate change could create dangerous political risks for the regime.

Even India, a nation so recently insisting that climate change was not its problem but something for the western world, is now accepting it is a real threat to its development.

Perhaps most remarkable of all was the declaration by 48 of the most vulnerable nations that they would achieve 100% renewable energy between 2020 and 2050. This commitment is streets ahead of the ambition of the developed countries.

Of course, there were many voices from non-governmental organisations saying that while the 2015 Paris Agreement was a step forward, progress in Marrakech was not fast enough − particularly from the rich nations in terms of providing enough money to help developing countries adapt to climate change.

The pledges of aid, they said, fell far short of the $100 billion by 2020 that was a cornerstone of last year’s Paris Agreement.

But there were a large number of new agreements and initiatives among many previously-unrepresented groups that meant action is being taken across the world to cut emissions in a bid to hold temperatures to a 1.5°C increase over pre-industrial levels.

For example, there was a commitment by 165 subnational governments − cities and US states, for example − to reduce their emissions by at least 80% by 2020.

“Numerous US states, cities and hundreds of
companies have made clear their determination
to stay the course on climate action”

They represent nearly a third of the world economy and a population of one billion people living in North America, Europe, Latin America, Africa and Asia. And one US state, California, has suggested that if Trump repudiates the Paris Agreement, it may seek recognition from the Convention to ratify the agreement and go it alone.

Governments were generally in a hurry to start making progress on cuts themselves and set a deadline of 2018 for agreement on the complex rules needed to make the Paris Agreement work. The UN’s Climate Change newsroom has produced a full account of the “achievements” of Marrakech.

By the next Conference of the Parties − known as COP 23 − in December 2017, the fall-out from electing a climate denier to the presidency of the US should be clear.

That conference is being hosted by Fiji, one of the most vulnerable nations in the world. However, the country does not have the resources to cope with such a vast conference, so Germany is helping out. Fiji will host COP 23, but the venue will be in Bonn, the home of the convention’s secretariat.

While many countries at the Marrakech conference contented themselves with pleading with the Trump administration to think again about election campaign pledges to ditch the Paris Agreement, some US-based organisations were prepared to point out the folly of his stance.

Alden Meyer, director of strategy and policy at the Union of Concerned Scientists, said: “The good news is that country after country here in Marrakech made it crystal clear over the last week that they intend to implement and strengthen the Paris Agreement, regardless of whether the incoming Trump administration stays in or decides to leave.

“Not one country has said that if President Trump pulls the US out of Paris, they will follow. Numerous US states, cities and hundreds of companies have made clear their determination to stay the course on climate action.”

And a statement by the US-based Centre for Climate and Energy Solutions said: “ The Paris Agreement establishes a pragmatic framework that preserves the full sovereignty of nations to decide their own paths forward, while providing them the means to hold one another accountable.

“It is precisely the sort of agreement US lawmakers on both sides of the aisle have long advocated. Having finally achieved it, the US would serve no one’s interests − least its own − by walking away.”

So the battle lines are already being drawn two months before the new president takes office.

It does seem that the Paris Agreement has unstoppable momentum. So far, 111 governments have ratified it − including, in the last few days, the UK, Australia, Guatemala, Malaysia, Pakistan and Tanzania.

Michael Brune, executive director of the US-based Sierra Club environmental organisation, said: “We came together to affirm that no individual country or leader has the power to derail this momentum. It is clear that this progress will not be stopped, even in the face of threats by President-elect Trump.”

But it is clear that, without the US, it will be harder for the rest of the world to succeed in cutting emissions and adapting to climate change.

As ever, one of the problems is money. Getting rich governments to make pledges to produce billions of dollars in aid for adaptation was difficult enough, but getting them to actually produce the cash is proving even harder − and this is likely to get worse if the US refuses to help.

Harjeet Singh, international climate policy manager for the charity ActionAid, said: “The issue of finance has thrown a spanner in the works.

“Although several countries have made welcome contributions to immediate finance needs, rich countries have been trying to wriggle out of their pledges to help poorer countries meet the costs of coping with impacts and greening their economies.

“Climate action will cost money that poorer countries simply don’t have. The general message to developing countries is, ‘You’re on your own.’

“In the planet’s hottest year ever, when parts of Africa are dealing with their worst drought in decades, rich countries’ willingness to leave developing countries in the lurch holds back climate action at a time when we need it most.

“Without real finance, and drastic cuts in emissions from rich countries, the planet doesn’t have a chance of staying under 1.5°C warming.” – Climate News Network