DURHAM, N.C. — In the four years following the 2008 recession, the U.S. coal industry lost more than 49,000 jobs, while the natural gas, solar and wind industries together created nearly four times that amount, according to a new Duke University study.

A geographical analysis of the losses and gains shows that few new jobs were added in regions hardest hit by coal’s decline, particularly counties in southern West Virginia and eastern Kentucky.

“Our study shows it has not been a one-for-one replacement,” said senior author Lincoln Pratson, a Professor of Earth and Ocean Sciences at Duke’s Nicholas School of the Environment.

To estimate changes in electricity generation employment,  Pratson and research analyst Drew Haerer examined data relating to both direct and indirect job growth and loss for each industry. This included operations and maintenance jobs at electric power plants, as well as operations and maintenance jobs in resource extraction and fuel  transportation.

Data for solar and wind generator operations and maintenance jobs were provided by the industries themselves.

Job changes in the coal and natural gas industries were derived using a model that analyzed year-to-year economic activity and energy production occurring within each sector of the two industries to estimate gains or losses in employment that supported electricity generation.

Overall, regions that had the largest energy job increases were the Northeast, Southwest, Midwest and West. Regions that experienced the greatest job losses overall were Appalachia, the Uinta Basin of Utah and Colorado, and parts of the Powder River Basin in Montana and Wyoming. 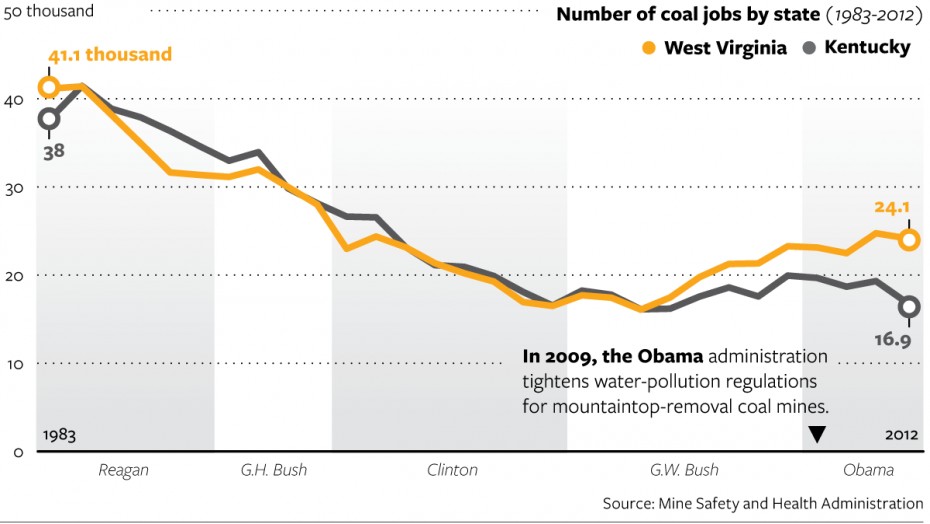 The lack of geographic overlap of job loss and job creation is the result of many factors, Pratson said. “The areas where a lot of coal is mined in Appalachia, for example, are very rugged and heavily forested — not easy places to set up solar panels or wind farms.”

Differences in the availability of state incentives for renewable energy also had an effect, noted Haerer. 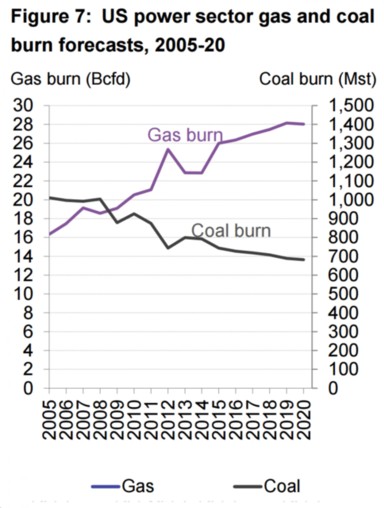 “States with incentives have more growth,” he said. “The southeast is incentive-free, and there is almost no development of green energy there compared to other regions.”

Haerer said one way for states that depend heavily on the coal industry to cope with changing energy trends may be to transition to clean coal technology, which reduces coal plants’ negative environmental impacts.

Pratson and Haerer published their study in the peer-reviewed journal Energy Policy. They conducted the study with no external sources of funding.

See also Why 2015 could be a record year for the greening of U.S. energy