GLOBE-Net, March 20, 2015 – The planet will face a 40% shortfall in water supply by 2030 unless we dramatically improve how we manage this precious resource.

This is the key conclusion of the 2015 United Nations World Water Development Report, “Water for a Sustainable World” which outlines the urgency of the need for change in how we use and manage water. 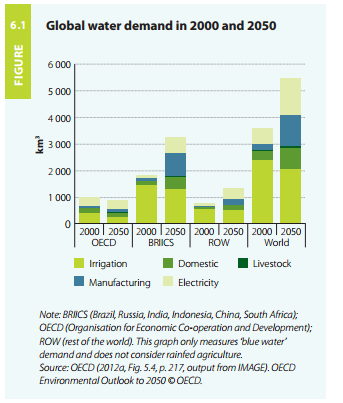 The planet has never been so thirsty, says the report. To answer the needs of an ever- growing population, the agriculture and energy sectors have to keep producing more and more.

From now until 2050, agriculture, which consumes most water, has to produce 60% more food globally, 100% in developing countries. Demand for manufactured goods is also increasing, which, in turn, puts further pressure on water resources. Between 2000 and 2050, the demand for water by industry is expected to increase by 400%.

But while demand for water rockets – it is expected to increase by 55% by 2050 – and 20% of global groundwater sources are already overexploited, it is still not being managed sustainably.

Persistent poverty, inequitable access to water supply and sanitation services, inadequate financing, and deficient information about the state of water resources, their use and management impose further constraints on water resources management.

Development is putting a strain on water

Intensive crop irrigation, uncontrolled release of pesticides and chemicals into watercourses and the absence of wastewater treatment – which is the case for 90% of wastewater in developing countries .

The environmental cost of practices like these is high. It means wide-scale water pollution and significant wastage. In the North China Plain, intensive irrigation has caused the water table to drop by over 40 metres. The environmental cost is also seen in terms of the sometimes irreversible damage to many ecosystems across the world, especially in wetlands and coastal areas.

Climate change simply adds to the problem  Increased variation in rainfall and rising temperatures lead to greater evaporation and transpiration by vegetation. Meanwhile, sea level rise is threatening groundwater in coastal areas. Cities are finding their groundwater reserves are being contaminated by salt water. 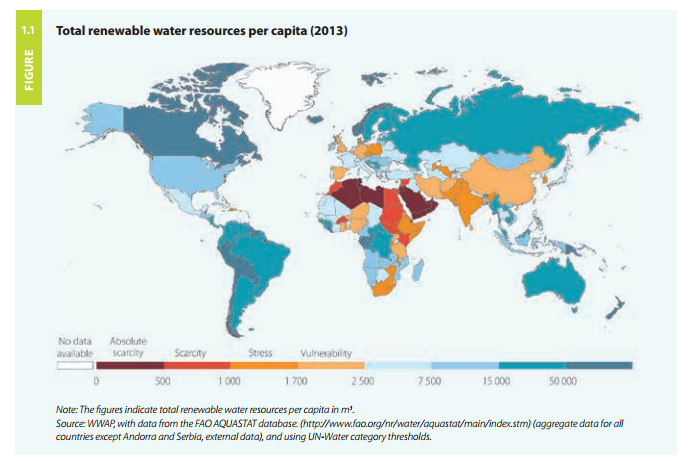 The vicious circle of sustainable development

“Water resources are a key element in policies to combat poverty, but are sometimes themselves threatened by development”, says UNESCO Director-General, Irina Bokova.

“Water directly influences our future, so we need to change the way we assess, manage and use this resource in the face of ever-rising demand and the over exploitation of our groundwater reserves.”

The report emphasises the role of public authorities in influencing the strategic choices that will guarantee a lasting future for our water resources. In particular it recommends limiting the development of thermal power stations that, today, produce 80% of our electricity and consume vast quantities of water.

This could be achieved, for example, by granting subsidies to renewable energies such as wind and solar, which are still relatively expensive.

It could also mean rewarding farmers who use efficient irrigation methods. For example, in an arid country like Cyprus, subsidies like this have led to a major change in farmers’ attitudes towards irrigation techniques and the imposition of techniques that consume less water. 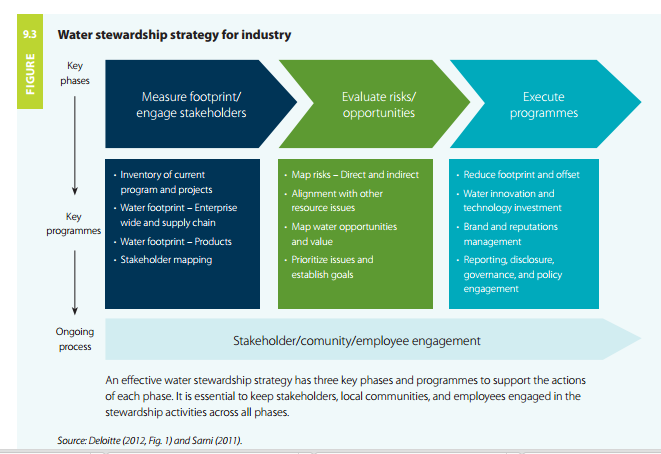 Water investments are crucial in emergent economies to ensure abundant and affordable water supplies to the economic system, notes the report. But there is a need to shift the focus of such investments towards changing the way in which water, and the environment more generally, are valued, managed and used.

Water investments can help to reconcile the continuous increase in water use with the need to preserve the critical environmental assets on which the provision of water and the economy depend.

Water in a rapidly urbanizing world

Most of this growth is happening in developing countries, which have limited capacity to deal with this rapid change.

In many countries, the demand for sewer-connected sanitation coverage has meant increases in connections without due attention to treatment and disposal of wastewater.

According to the WHO/UNICEF Joint Monitoring Programme for Water Supply and Sanitation, at least 1.8 billion people world-wide are estimated to drink water that is faecally contaminated. An even greater number drink water which is delivered through a system without adequate protection against sanitary hazards.

Cities also import significant amounts of food, consumer goods and energy from outside the city, which requires large amounts of water at the point of production, transportation and sale. This virtual demand of cities greatly exceeds direct water use.

The Water for a Sustainable World Report is published by the World Water Assessment Programme, which is hosted by UNESCO, on behalf of UN-Water. It stresses the urgent need to change the way we use and manage this vital resource,  Download the report here

Glass half full or half empty: Canadians confident in their tap water, but do they care?

Green finance – key to creating a sustainable economy in China 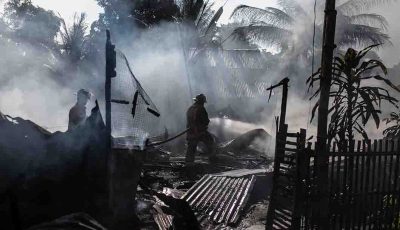