China’s carbon count is not as high as feared 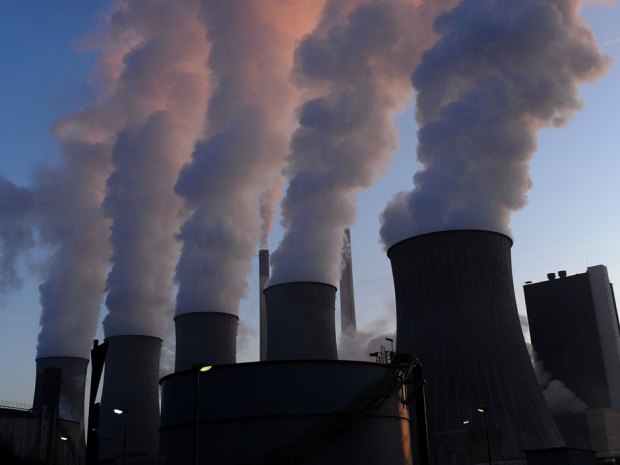 The use of poor-quality coal in Chinese power plants means that the carbon dioxide emissions of the world’s biggest polluter are 10% less than previously thought.

LONDON, 21 August, 2015 – Calculations on how much carbon dioxide China produces have been wrong for more than 10 years because the official bodies that calculate it have assumed the country’s power stations burn high-quality coal.

In fact, the world’s biggest polluter uses coal with a lower carbon content than power stations in Europe and the US, and so produces less carbon dioxide per tonne − around 14% less according to experts from 18 research institutions.

Getting the total quantities of CO2 emitted by each country correct is crucial if the world is going to reach agreement on tackling dangerous climate change at the UN conference in Paris in December. One of the stumbling blocks to agreements in the past has been politicians’ need to have a fair system of sharing the burden of cuts.

Calculating how much pollution each country produces has been largely based on the quantities of fossil fuels burned in electricity and heat production and in motor vehicles.

This has not taken into account the fact that the amount of carbon in coal and oil varies according to its quality, and so an average figure has been used, which turns out to be unfair in the case of China.

One of the ironies of the finding is that while the carbon content of the coal may be less, its impurities means it emits more of other kinds of pollution. This is what has made air quality in Chinese cities so appalling, and has started a big debate in China about whether the country should seek to burn better-quality coal to avoid killing its citizens with bad air.

The revised estimates of China’s carbon emissions, published in the journal Nature, were produced by an international team, led by researchers from Harvard University, the University of East Anglia (UEA), in England, the Chinese Academy of Sciences and Tsinghua University, in collaboration with 15 other international research institutions. 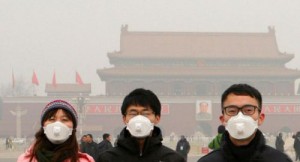 The team re-evaluated emissions from the burning of fossil fuels and cement production from 1950 to 2013. They used independently-assessed activity data on the amounts of fuels burned, and new measurements of emissions factors – the amount of carbon oxidised per unit of fuel consumed – for Chinese coal.

Because the amount of coal burned in China is so vast, the size of the error is also huge. It means there are 2.9 fewer gigatonnes of carbon in the atmosphere. That is more than the total amount of carbon stored by China’s forests over roughly the same period.

It is particularly important because nearly three-quarters of the growth in global carbon emissions from the burning of fossil fuels and cement production between 2010 and 2012 occurred in China.

The lead UK researcher, Prof. Dabo Guan, of UEA’s School of International Development, said the key contributor to the new estimates was fuel quality, which for the first time was taken into consideration in establishing emission inventories – something the Intergovernmental Panel on Climate Change (IPCC) and most international data sources had not done.

“China is the largest coal consumer in the world, but it burns much lower quality coal, such as brown coal, which has a lower heat value and carbon content compared to the coal burned in the US and Europe,” Prof. Guan says.

“China is one of the first countries to conduct a comprehensive survey for its coal qualities, and a global effort is required to help other major coal users, such as India and Indonesia, understand their physical coal consumptions as well as the quality of their coal types.

The discrepancy would have been even greater if China more accurately counted its coal consumption. According to researchers, total energy consumption was 10% higher between 2000 and 2012 than reported in China’s national statistics. However, even taking that into account, emissions were still less than previously believed because emissions per tonne were on average 40% lower than the levels assumed by the IPCC.

This alters substantially the estimates of the Carbon Dioxide Information Analysis Centre (CDIAC) in the US and the Emissions Database for Global Atmospheric Research (EDGAR) in the EU, which are the official data sources for the IPCC Fifth Assessment Report (AR5) – providing scientific evidence for the climate change policy negotiations in Paris later this year.

The figure is also about 10% less than the estimate given for China in the most recent publication of the Global Carbon Project, which annually updates global carbon emissions and their implications for future trends.

Prof. Corinne Le Quéré, director of the Tyndall Centre for Climate Change Research at UEA, co-leads the publication of annual updates of emissions for the Global Carbon Project.

She says: “The strong message here is that as we refine our estimates of carbon emissions we get closer to an accurate picture of what is going on, and we can improve our climate projections and better inform policy on climate change.” – Climate News Network