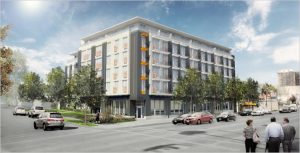 VANCOUVER, November 8, 2016 — Imagine living in a home so energy efficient that your utility bill could be slashed by up to 80%.

That will be the reality for residents of low-carbon, ultra energy efficient buildings, such as The Heights, under construction in Vancouver. The six-storey, 85-unit, market-rental apartment project at 388 Skeena Street aims to be Canada’s largest building certified to the internationally recognized Passive House standard.

Vancouver is poised to implement its new Zero Emissions Building Plan, and the B.C. and federal governments have signaled changes are coming to building and energy efficiency regulations and policies as part of each jurisdiction’s plans to slash carbon pollution.

These changes will result in ultra energy efficient buildings becoming the norm by 2030, which will reduce the cost of utility bills for British Columbians.

It tracks the rapid growth of Passive House buildings, assesses their costs and benefits, and sheds light on how public policy can encourage their adoption. The report notes the number of Passive House units in North America has quadrupled in the last year, from 500 to over 2,000 units.

A quarter of the units (600) are in Vancouver alone, making the city a hotbed for the North American expansion of these green buildings that dramatically reduce carbon pollution and energy use, enhance comfort and durability, and boost the clean economy.

“We expect the federal framework for clean growth and climate change to complement this objective. These forward-looking policies will protect our communities, support job creation, and strengthen our low-carbon economy.”

The report was made possible by a Carbon Neutral Cities Alliance Innovation Fund grant from the Urban Sustainability Directors Network, a Greenest City grant from the Vancouver Foundation, and the support of the Real Estate Foundation of B.C.

Its launch coincided with a media tour of The Heights, hosted by the Pembina Institute with representatives of Eighth Avenue Development Group, Peak Construction Group of Companies, Cornerstone Architecture, the City of Vancouver, and Passive House Canada.

Today’s event served as a prelude to open houses scheduled across Canada for International Passive House Days (November 10 to 13). The public is invited to visit The Heights on Saturday (November 12) between 10 a.m. and 3 p.m. 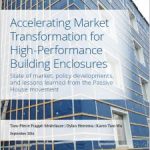